Back in March, I told you about how we were doing tummy time....and it went great for a while.  But Isaiah has grown and he doesn't safely fit on the pillow I was using to put him on his belly...so we kind of just stopped.

Isaiah needs tummy time, now more than ever.  It would be really good for his back, hopefully helping us to slowly correct the kyphosis (curving) in his lower back and to help strengthen his neck muscles/head control...and given we can't sit him straight up right now, we're limited on what we can do for his head control.

Getting Isaiah onto his belly had proven challenging.  Rolling him didn't work well enough because he didn't know how to get his arm out from under himself.  I was scared out of my mind to lift him up, turn him so he faced out/the floor and put him down with my hands under his ribcage because I was too scared to break those fragile ribs.  I once broke 4 of his ribs with my thumb just by repositioning him to change his diaper, so I imagine you can understand my trepidation.

I spoke with a few other OI moms, and they inspired me to just do it.  I realized that I already had the first two steps down...I lift him all the time....and a while ago I mastered flipping him around so he could look out at the world...all I had to do was put him down.

I won't lie, I panicked doing it.  I held my breath.  And he cried the first few times (which did not help with my fear that I was hurting him! lol)..but then he started liking it! 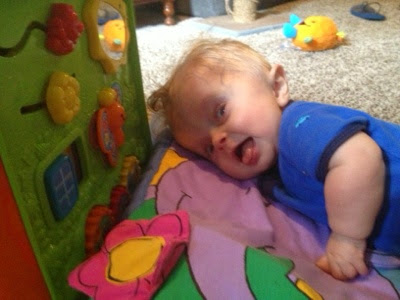 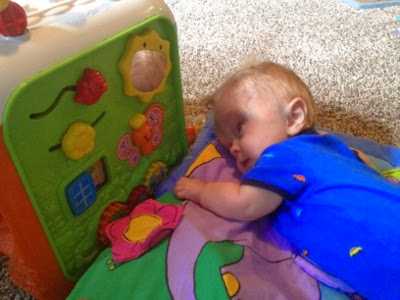 Reaching higher than ever before! 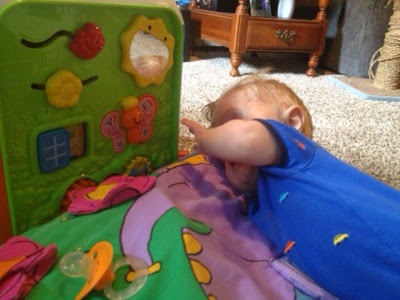 And the craziest part?  He's starting to bear weight on his arms!! (AHHHHH) 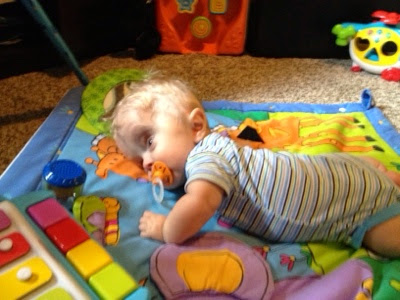 And lift his head higher! 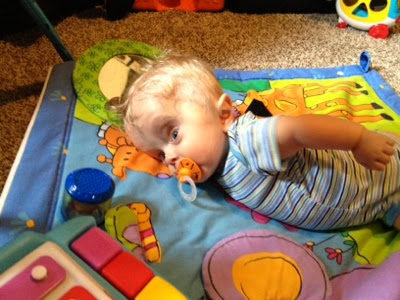 But the one thing that drove me crazy is that he'd never turn his head.  No matter how much I'd promote him to do it, he just didn't...until last week....


I was so excited to catch that moment on video!! It happened during PT last week... 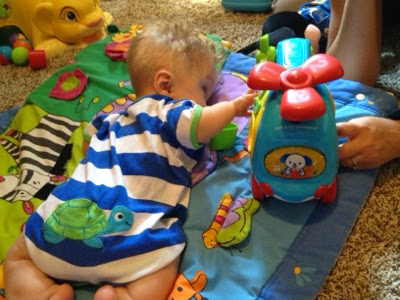 And has happened a lot since then!

I am hoping to keep taking Isaiah's cues on tummy time..we tend to do it after his nap when he is fresh...and helmet-free to avoid the weight (side note: he's wearing that helmet for a few hours in the mornings, but that's it...after speaking with his PT, we're just too worried about the extra weight on his spine).

We're really seeing some progress after this latest Pamidronate treatment...eating solids, playing on his tummy....hopefully he'll continue to surprise us all! :)

<3
Posted by OIbelieveinIsaiah at 8:20 AM