I shared some big news on Isaiah's Facebook page recently....


Sorry I am so slow to share it here....if you can't tell from the pictures, we were in Disney World! We took a beautiful 10 day trip (more details on that later) and then directly following that was a trip to DuPont for Isaiah's latest pamidronate treatment....life is just getting back to normal.

So, I kept this news a secret for a few reasons. I debated not telling you the reasons....but I am an over-sharer and I imagine some of you are thinking "what the heck?".  oh, and, part of the reason for the extra silence on the blog for the last 6 months?  I hate keeping secrets and was dying to tell you but my brain was taken over and I couldn't think of anything else to write about because I just wanted to shout "ISAIAH IS GOING TO BE A BIG BROTHER" from the rooftops.

Besides keeping this quiet publicly, we also kept this exciting news quiet personally with family and friends...just not as long.  When we were pregnant with Isaiah, we spilled the news at just 6 weeks because we were just so excited....but then when we finally hit 20 weeks, and were hit in the guts with words like "lethal", it made me regret telling everyone so early because it wasn't just Dave and I who felt punched in the guts and filled with worry...everyone else was scared too and it has always been heavy on my heart.

We knew we wanted to make Isaiah a big brother, but with that thought, questions tend to come, questions like...."but aren't you worried you'll have another child with OI?"

I can't simply answer that question with a yes or a no.   If God decided to bless us with another child with OI, we'd accept the OI, give s/he the best possible life, and love that child with all our hearts... just like Isaiah.  but the idea that another of our children would be going through what Isaiah goes through (given s/he'd likely have the same type of OI), tore at my heart.  I hate that Isaiah goes through the tough moments/days that he does.  When he fractures, my heart breaks....I don't like to say that because it sounds selfish to me and when it happens I need to focus on Isaiah...but when he fractures and all is said and done, the tears flow and I ache, sometimes for days on end.  Isaiah's OI is so out of my control and it can be hard for my mama heart.  Although it's not about me, it's something I thought a lot about when I first saw the word "pregnant" on the pregnancy test in December. 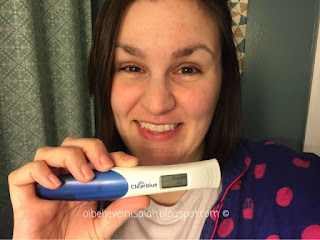 because every expecting mama should take a picture with
the stick they just peed on when it says "pregnant", ok? :-P

Along with that brain dump of a paragraph, I am going to give you a statistic given to me by Isaiah's geneticist.  We have a 2-5% chance of having another child with Osteogenesis Imperfecta.  2-5%.  That's a really small chance, guys.

Knowing that statistic, I went to my pregnancy confirmation appointment in January confident everything will be ok.  I had Isaiah with me and he was rolling around in his wheelchair, happily eating goldfish, and playing on the iPad....I was in my usual weekday attire of sweats and a sweatshirt....not the best choice in clothes I know, but I go for comfort most days right now.  Dave met us in the waiting room after work.  Neither of us got a good vibe from the care provider.  To cut to the chase, she looked at Isaiah with such a look of disgust and asked me if I was sure I didn't want to "discuss my options" because "it looked like [my] hands were very full."  (Note: I do not fault the practice for this person and she was reported.)

Besides restraining myself from telling her to F the F off and a lot of $%&@*&$%& (Isaiah was right there, after all)....actually...in all honesty...I was in such shock by what she said that I just had to get out of there....I mean my God, Isaiah was in such a good mood, rolling around, being goofy. My hands are VERY FULL? What does she know????

Along with her lovely opinion, she also made it that I had to be seen by their High Risk practice... being labeled high risk means a lot of extra appointments.  and I really found the high risk label to be excessive so early on.  When I questioned her on it, as to "why" I need to go to the high risk office, she stated it was "to educate [me]".  Isn't that cute?  (I went into that next appointment ready to take heads off....but thankfully they were knowledgable of our history and it went very well).

Since then, every other staff member I've met has been very kind.  Some are inquisitive about Isaiah (since he's often with me for appointments), but I have no issue answering questions and showing OBs, midwives, and nurses that a severe OI diagnosis in utero is not awful like their textbooks taught them in medical school. 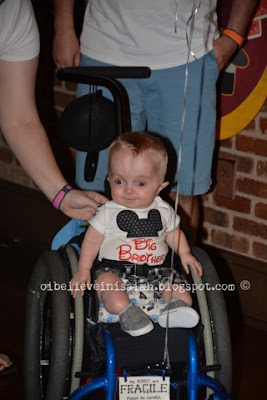 As Dave, Isaiah, and I were leaving that first appointment, I remember saying "We will tell no one. Not yet. I can't handle people we know reacting this same way right now."  I became very nervous that everyone would react similarly.

At 14 weeks, we went in for an extensive ultrasound at the high risk office.  We saw no signs of OI on the baby, and although that made me feel better, the doctors still wouldn't rule it out (2-5% chance, people).  We felt mostly confident though and decided to share our news with family and friends.

As the pregnancy progresses, it has felt different than with Isaiah.  I felt this baby very early on...17 weeks!  By 18 weeks, I could feel the baby basically bouncing off the walls inside of me.  Dave was even able to feel a few kicks.

At 22 weeks, we went in for our anatomy scan.  Along with them checking the sex (which we had the tech write down for us and place in an envelope...we really did find out with the balloon in Disney World 4 weeks later!), they took good hard looks at the bones.  At 20 weeks, Isaiah's leg bones were very curved and you could actually see fractures....there were no fractures to be seen on baby number two; everything was straight and bright white.  The doctor (who actually happened to be the doctor who first tentatively diagnosed Isaiah's OI) ruled out OI for our second baby.  Although we knew it, to have it confirmed made me feel a sense of relief.

We thought about sharing the news on Isaiah's social media pages that day, but then I started to over analyze again.  He gains new followers all the time.  People are often confused at first because of his size and call him a baby.  I was so afraid people were going to react like "already?" or say something negative related to his OI and then I'd go all hormonal-pregnant-mama-lion-mode and I just didn't feel ready...so we waited until our Disney trip.  We shared just hours after we found out we were going to have another little boy and I chose to share from Disney World because I'd be distracted and wouldn't have time to over-analyze responses. 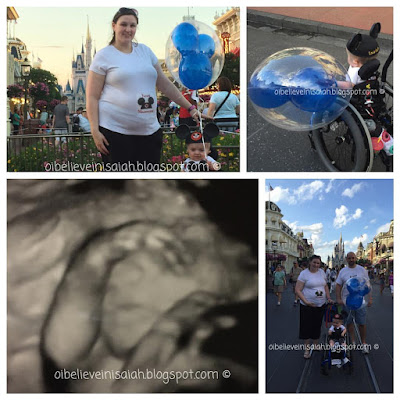 But thankfully, we didn't receive one negative comment....everyone was so happy for us and congratulatory.  We have received hundreds of messages and comments across his pages full of so much love.  I don't believe I've said it, but thank you for that.  It meant so much to me (to us!) that so many of you are so truly happy for us.  Thank you from the bottom of our hearts.

With Isaiah becoming a big brother, we have some big changes in store in our house.  Isaiah will be moving to a big boy room!  I have been busy changing my mind over and over again about the right decisions on that and we'll be sure to share that when we've started!  (I just want to make sure I don't change my mind again.  #kiddingnotkidding)!  Along with that, I'll definitely be sharing details from our Disney vacation and our most recent pam trip. And I am sure I'll be giving you a brain dump or two about soon becoming a mom of TWO boys (and all the coincidences and such....like did you notice baby is due mid-August? We're on the exact same timeline as with Isaiah).

Ahh! Thank you again for your love, prayers, and congratulations. <3
Posted by OIbelieveinIsaiah at 6:30 AM 2 comments:

oh Isaiah....he is so very obsessed with "talking" to everyone through FaceTime and phone calls.  He will be lying in bed and yelling "Talk to Nan Nan? Talk to Aunt Tricia? Talk to Grandma? Talk to Pop? Talk to Baba? Talk to Uncle Ben?..." he names everybody.  and it's always at an inconvenient time.

I figure most people aren't interested in facetiming and talking to Isaiah at 6:30am so every so often I will go to another room and FaceTime with him myself... 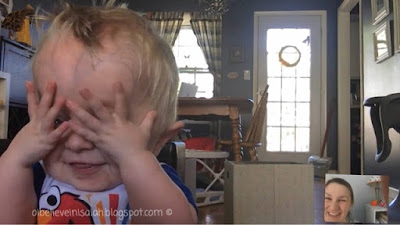 I use it as a great opportunity for him to read to me (below he is "reading" Brown Bear, Brown Bear, What do You See?"), and talk about letters, shapes, numbers, colors, etc... 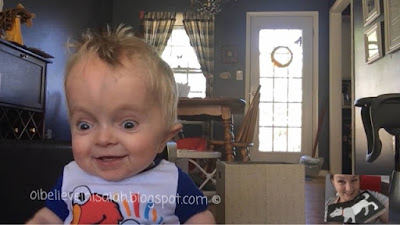 It was really such a fun thing to do...until he learned how to hit the buttons himself and call others when I am making dinner.  There's nothing like hearing the oxygen company's automated system on speaker while you are trying to make dinner. 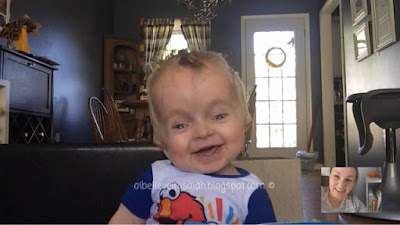 So for now, I've disabled FaceTime and only enable it when it's an appropriate time to use it (aka when I can supervise 100%). but it sure is adorable seeing him love to talk to his extended family. <3

Posted by OIbelieveinIsaiah at 6:30 AM No comments: