In August 2016, Isaiah became a big brother to Jacob Philip.  We first announced our pregnancy just two months before he was due.  Jacob does not have Osteogenesis Imperfecta; we had a 2-5% chance of OI recurring but he never showed any signs of OI like Isaiah did in utero.

This blog is about our journey with Isaiah and his OI.  You'll see posts and pictures that include Jacob, but the focus will mainly continue as it was.  I'll post pictures on this page of Jacob from time to time though. :) 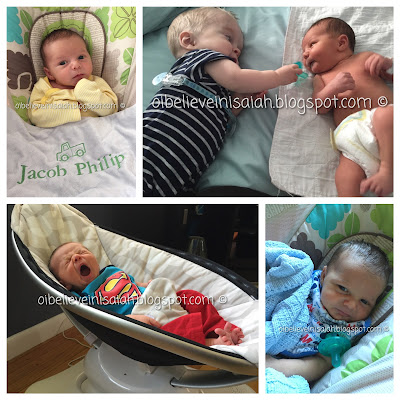 Ok, so I totally failed at updating this.  Going from one to two kids rocked my world, ok? lol I do post over on instagram though! I have two accounts, OIbelieveinIsaiah (you should see it over on the right of the blog) and meandthemartinboys....preview that below :)