So, yesterday Isaiah woke up chipper and well-rested.  14 hours of straight sleep will do that to a baby. 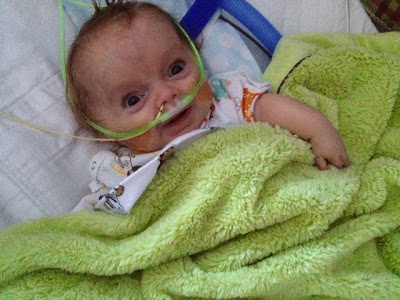 Before we knew it, it was time to head out to the 1 degree weather.  Without a coat, because the coat doesn't fit over his IV. Sigh.  I ended up carrying him out covered with a heavy blanket to an already-started car. It wasn't ideal but it worked. 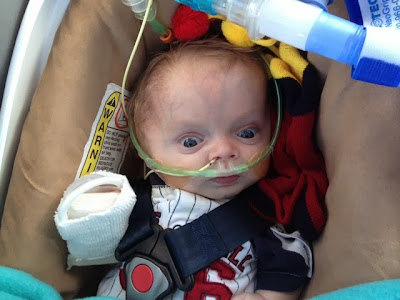 Hey guys, it's kind of cold. Let's move to Disney World, ok? I hear it's warmer there. 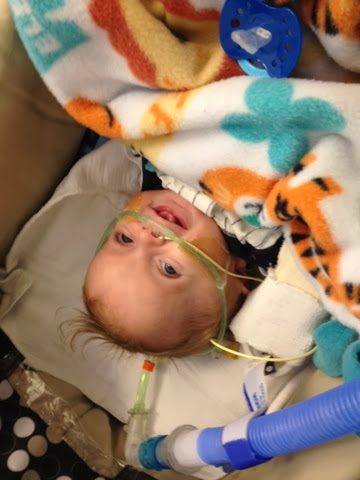 Once we were at the hospital, Dave dropped Isaiah and I off right at the door and we waited in the lobby for him to park the car.  Isaiah was cracking up laughing and catching the attention of every woman that passed by. #chickmagnet

We got to Day Med a little early, but before we knew it, it was time to flush the IV to see if it was still working.  Thankfully it was!  The nurses got Isaiah started on his Pam and so began the 4 hour hang out. 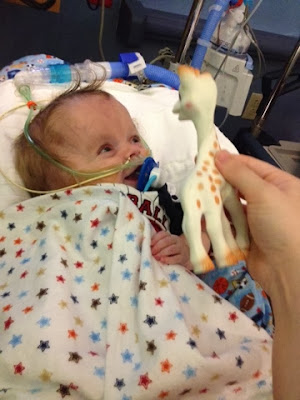 It was a quieter day in Day Med, so we found ways to entertain ourselves. 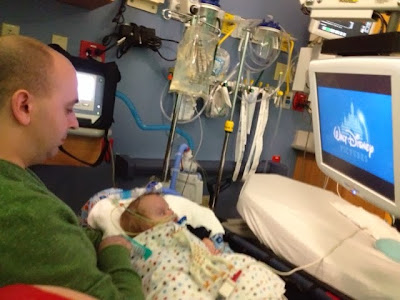 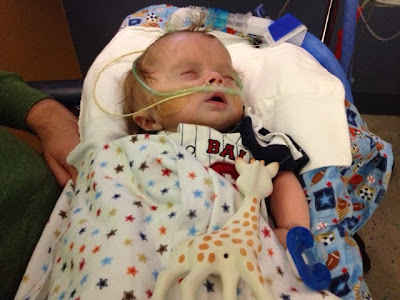 He got a few nice little naps and I got to take a trip up to the NICU to visit baby Gavin and his parents.  I also got to chat with some of the staff and show off some pictures.  They couldn't believe how much Isaiah has grown! They are thrilled that he is now eating from a bottle!

Oh hey, Dr. Bober is too.  He's so thrilled with Isaiah's progress, that he's given us the go-ahead to pull out the NG-tube (the yellow one) and run a 48 hour trial of Isaiah eating exclusively from the bottle!!  He actually told us about this Monday, and although he wants us to jump on it, we want to wait until we're done traveling an hour and a half away each day before rocking the boat.

Can you believe that? We're choosing to keep it in.  Us!  We want this trial to happen when things are normal for Isaiah. We're afraid he won't take as much as needed now because of all the change, and we want to do it right. :)  We want him to be successful.  He needs to take a minimum of 22 ounces a day, and if he can do that, we can say "thanks, bye" to the NG-tube.

Obviously, we'll update on that as it goes. 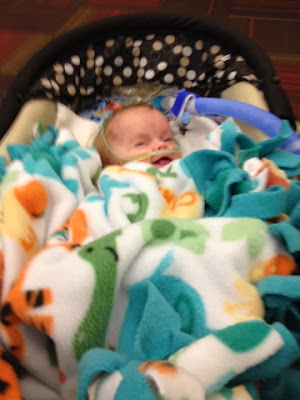 Today, we're off to Isaiah's last day of Pam for 8 weeks.  We also have a pre-op appointment as they are working on scheduling Isaiah's port surgery; the ENT is going to get involved as well to clean his ears out.  They are also inviting an audiologist to the party where she will redo his hearing test once his ears are cleaned out to see if he can finally pass his hearing test.  We're hoping for this to happen by the end of January. Fingers crossed they can coordinate their schedules!

Updates either tonight or tomorrow.  Until then, stay warm!  <3
Posted by OIbelieveinIsaiah at 7:43 AM