First of all, I seriously can't believe Isaiah is FIVE MONTHS OLD! 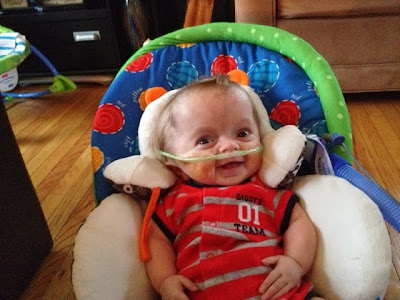 Apparently neither can he! Isaiah has grown to be super interested in his toys.  He grabs them, stares at them, and shakes them around if they are light enough. 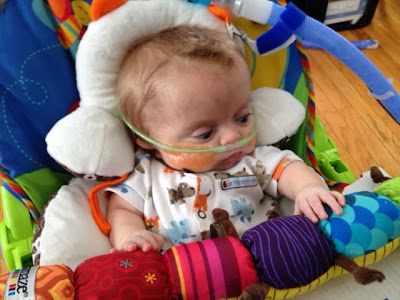 I made a tray for his chairs using a cardboard box, as suggested by both an experienced OI momma and the PT at DuPont.  It's great because he can still sit reclined (he can't sit up straight just yet; that could cause compression fractures...plus he doesn't have head control yet).  It's also giving him independence; he can play without me right there holding his toys.

When it comes to the trial-run off of the NG tube, I believe things are going great!  Isaiah took a little over 20 ounces yesterday. 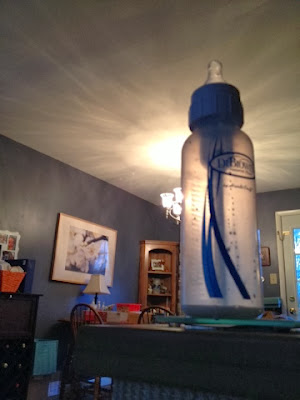 After his afternoon meal, he even got in a little tummy time today. 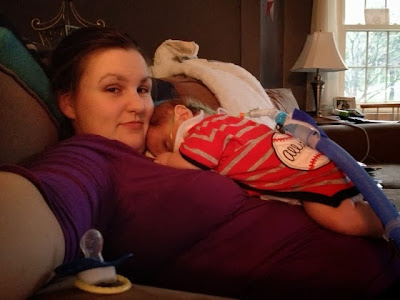 I'll continue to update on Isaiah's bottle drinking progress.  I'm feeling good that we just may not be seeing that NG-tube again. :)

Except from pics from the past, like the one below...

Can someone tell me how I forgot to post this picture on New Years Day? 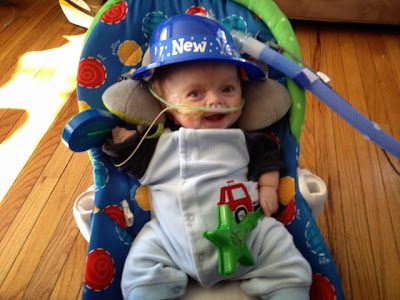