First things first, here's a quick update on the whole "does Isaiah have a broken leg or what?!?" We're sort of now leaning on the whole "or what" side of thought.  He's been much happier the past few days.  He's been moving and stretching his leg.

This kid is a mystery. 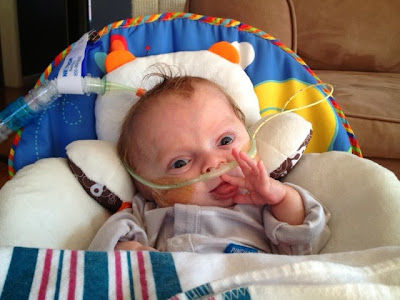 But, being the crazy mom that I am, I've started documenting his unexplained screaming, self-splinting and behaviors with them, and more.  I'm leaning toward seeing if we can chat with someone about the idea that maybe Isaiah is having some digestive issues.  Maybe he's not self-splinting, maybe he's curling up in the fetal position because his tummy hurts.

Or maybe I'm just crazy and my kid had a fussy week.

Isaiah is also getting older.  Maybe his cries seem more panicked but in reality they are just louder because he's stronger. And he is his mother's son (so, ya know, he's loud).

Maybe I need a hobby and/or an alcoholic beverage.

Anyway, we ordered this whole body support pillow and it came in the mail last week. It's by Ben-Bat and it's pretty cool.  It'll be awesome for support when Isaiah is in a car seat.  It's pretty fantastic in this rocker from his Auntie Pam too. 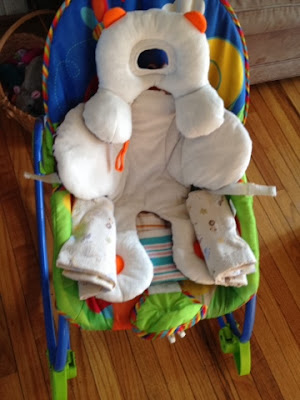 I'd say he approves given that he started smiling as soon as he was in the seat and covered in blankets. 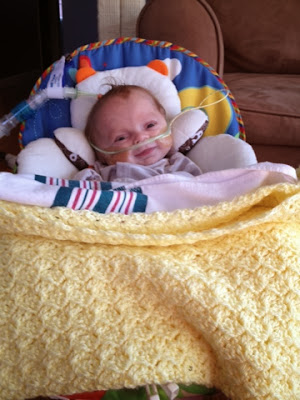 I ended up turning on a Disney Sing-Along that Isaiah's Uncle Simba gave him. 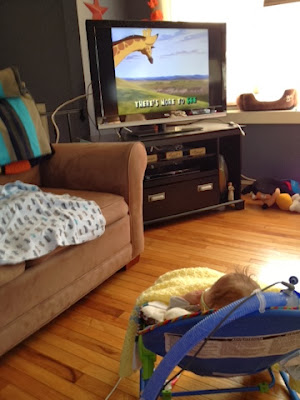 No, he's not related to the Simba in the movie. Simba is a popular name, you know.

This rocker is the perfect seat for a future couch potato (I kid, I kid.  Isaiah will be an active boy!) 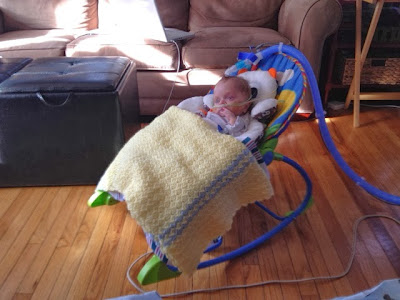 He kind of love the singing in the video, can you tell? 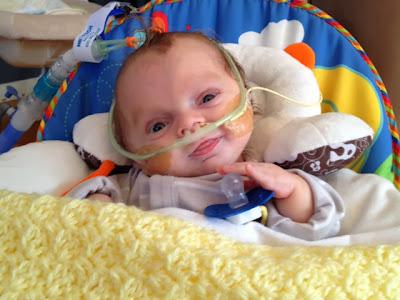 In other news, the lower level of our house is finally safe for Isaiah.  Remember this?  That post was only the beginning of a pregnant lady's worst nightmare.  We had a company come in and waterproof the lower level.  They finished up the work the day before my water broke.  Yup.  The lower level was a mess...carpets rolled back and covered in concrete dust.  Walls ripped apart.  Furniture in the garage... Dave got the walls back together when we got home from the NICU in October (they were a wreck after the waterproofing).  We called in a carpet company who re-stretched the carpet (needed to be done after sitting rolled up for 3 months) and sanitized it for us.  We've been wiping everything down as we bring it back in the house...

This weekend was the first time Isaiah was down there. 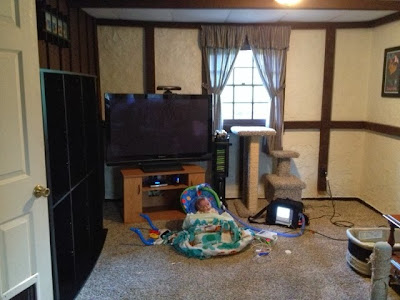 Oh man, it's so time to start the holidays with our little miracle... Bring on the turkey so we can put up the Christmas tree!  :)  <3
Posted by OIbelieveinIsaiah at 3:54 PM