Today is the last day of Isaiah's PAM infusion.  The IV in his arm stopped working so they kept him IV-free until it was time for his PAM.

We began the day with Isaiah getting his PFTs done again.  This is his breathing tests that they do.  Today was a redo from Tuesday.  He was quite cranky during Tuesday's test, so it was tough to get an accurate reading.

They ran two tests.  One with him breathing on his C-PAP. 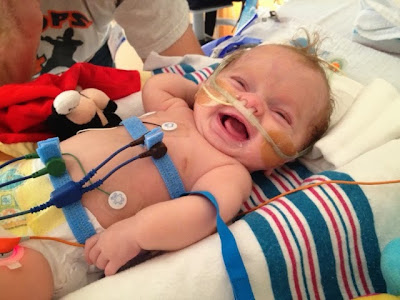 I'd say he didn't seem to mind. haha

The next one they did without his C-PAP! 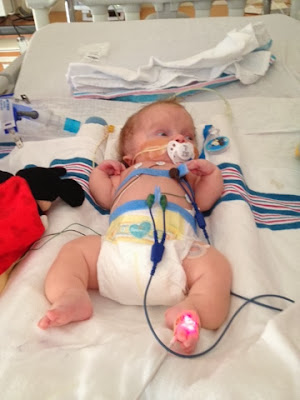 Look, you can see his nose!! 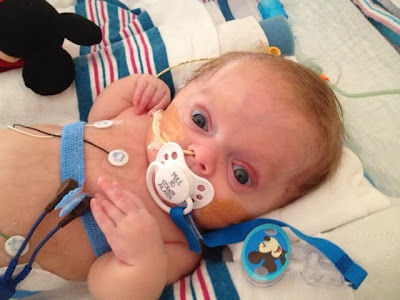 Here's what his breathing looked like on the screen.  My bet is that those squiggles are a good thing. 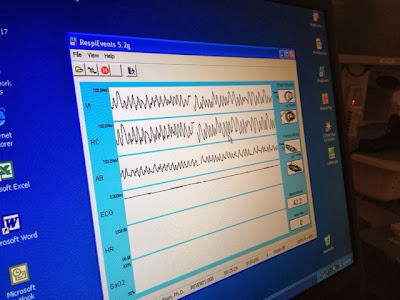 We kept his C-PAP cannula off of his face for about an hour, but we noticed his CO2 levels was creeping up on the monitor so we put it back on him just to be safe. 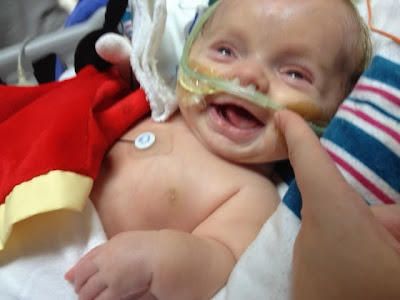 He now has his IV back in his scalp and is handling everything well. 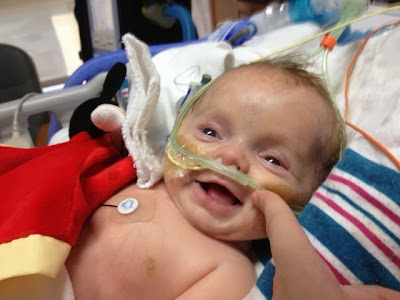 In 4 hours PAM will be all done for 8 weeks and hopefully that IV can come out since his calcium levels have been beautiful (in the past, they've kept it in due to his calcium dropping with PAM).

He's due for a really ridiculously good bath that I plan to torture him with (his night nurse will thank him).

It's looking like we'll be in the hospital until tomorrow.  They are going to give Isaiah his RSV shot and then sedate him for his hearing test.  Hopefully that'll go as well as this PAM treatment and we'll be on our way! :)

Thank you so much, everyone, for your prayers and well wishes.  They've been wonderful.
Posted by OIbelieveinIsaiah at 12:49 PM