I think every mom has (at least) one thing they do with their kids that embarrasses them.  So, I have a bit of a secret....Like, it's one of those "I-could-really-do-that-better-as-a-parent" things... 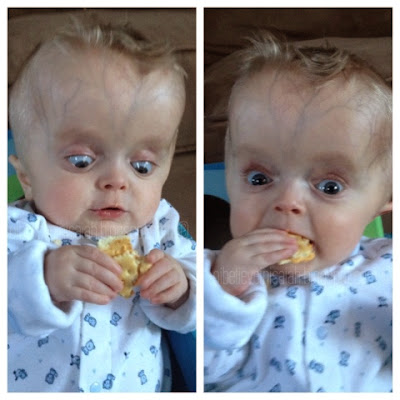 "Look at my big boy feeding himself! He's so independent and wonderful."

But the reality of his meals looks more like this... 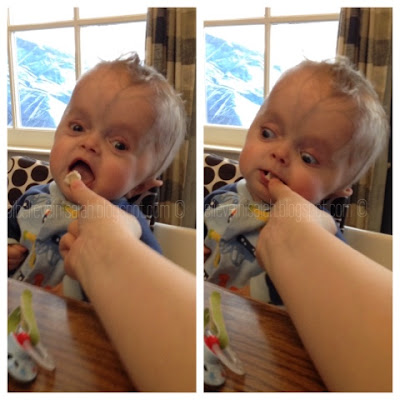 "Oh hey, I can never post these pictures to the internet, because this is embarrassing.  He would starve without me." 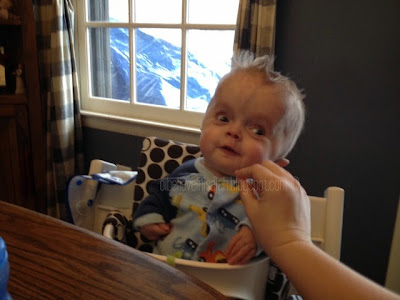 It's pretty ridiculous that I hand feed him most of his foods and I know it.  When Isaiah first started eating solids, he did a great job feeding himself.  But then he broke his arm and I had to help.  Once that healed, we had to start all over again and frustratingly, he started throwing the majority of foods.  I only ever put one piece of food in front of him at a time, trying to curb his food-pitching, but I always end up just popping it into his mouth.  Once we started progressing again, he broke his arm again, and this time I felt guilty because I felt responsible for the break.

I have lots of excuses:
- He needs to gain weight, not lose it, I have to make sure he is eating. (This is residual from his first few months when I was weighing him daily...I have to let that worry go.)
- We may have to go somewhere shortly, so I do it so we can get out the door faster.
- We're at someone else's house and I don't want him making a mess there.
- He's learning how to sit up and can't balance himself and feed himself at the same time.
- We'll get there at some point, just not today.
- I can't stand the food being thrown everywhere.  It seriously gives me hives. ha.

So basically, if I/we (because Dave does it too) don't knock it off, I'll be meeting him in the cafeteria at lunch time when he is in kindergarten so that I can feed him...and that's not happening. 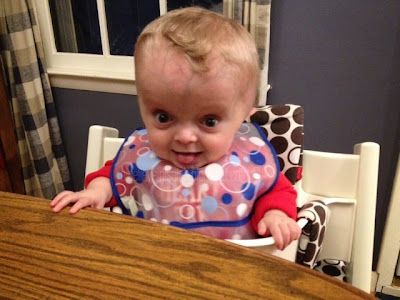 So, we're back to square one.  I've pulled out the Puffs again since they are little pieces.  I've been cheering and clapping like a maniac when he gets one in his mouth and I've gone back to lots of praise when he chooses to feed himself with other stuff like cheese puffs and crackers.  He's great with holding larger stuff and taking bites of it (until he decides to drop it to the floor after just two bites), but if it's something small, he waits for me to give it to him.

If you have any suggestions for how to help Isaiah be successful with feeding himself, I'd love to hear them! :)
Posted by OIbelieveinIsaiah at 7:59 AM