We Got the Call

Yesterday, I called the Neurosurgery department to check in on if they got the cd of ultrasounds I sent.  They still hadn't received them, but apparently I called at the same time that a meeting was going on to discuss the plan for Isaiah as Dr B had brought some of my ultrasounds to Dr C to look over. 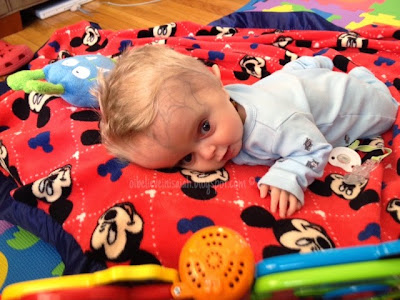 I was a bit nervous for the next few hours, knowing that the doctors were trying to formulate a plan and I wasn't involved in that discussion.  I get it but he's my baby.  But I really do get it; in that office, he can't be an adorably handsome baby boy with big beautiful eyes and a heart-melting smile. ;-) In that office, he's a complex 18 month old male with hydrocephalus.  They needed zero emotion and 100% focus on what is best for his body.

I got a call around 4:00 that the decided a shunt needs to be placed.

It's official.  Isaiah has surgery in his future. 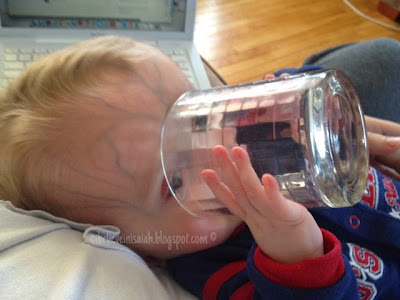 I went into a bit of a panic after I hung up the phone.  I know this is what's needed and what's best but the what if's immediately starting swirling in my head.

I won't get into them on here right now as I've mentally put them on the back burner  (for the sake of my sanity)...I wrote a list of questions last night and let it go.  I plan to call back today to not only schedule the surgery but to schedule a consult for before it.  I want to discuss my questions with the doctor in person.  I plan to ask if it's possible for others involved in the surgery to be there as well as you have to remember, this surgery won't just affect where they put the shunt...he has to be intubated, which opens a whole new can of worms...I have questions for everybody that will be involved.

In my dreams, Isaiah's surgery can wait until April, aka after flu season is over and after his sleep study is complete.  I really want to avoid having him inpatient in the hospital during flu season and I don't want to reschedule the sleep study (which I imagine we'd have to since they put all that goop and those wires all over the head and Isaiah will have a gnarly healing scar on the right side).  I also am hoping to schedule the consult for when we are there for Isaiah's next pam, just so it's a bit more convenient for me.

Some of you might be wondering why I am not looking into a second opinion...well, you know I love DuPont; I trust them.  They have worked with Isaiah since he was 5 days old...actually Dr B has worked with us since before Isaiah was even born...what, 28 weeks in utero?  They know Isaiah.  There's something about taking him somewhere else that just scares the daylights out of me...mostly because of his respiratory history and his OI.

Anyways, we'll continue chugging along here, trying to feel some kind of normal (and less "impending-surgery-panic").  Some OI parents say that when their kids with OI are little, they hit milestones after each pam treatment.  Right after his last treatment in December, Isaiah started sitting up from a reclined position in all of his chairs.  After this latest February treatment, Isaiah is now refusing to put his head on our shoulders when we're holding him.  Goodbye cuddles (SIGH), hello inquisitive Isaiah!  Even when I go to burp him when he is half asleep before nap, he holds his head up and reaches like crazy for the rocking chair cushion behind me. 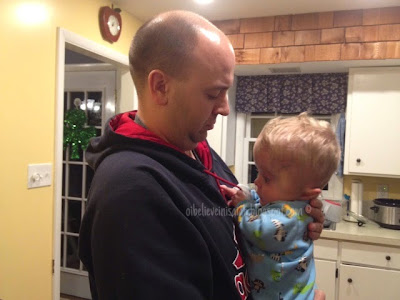 Look out, Isaiah has a whole world to check out!
Posted by OIbelieveinIsaiah at 9:40 AM