Another Day, Another Diagnosis

Kyphosis of the lower back.

Another day, another diagnosis.


The actual full list of Isaiah's diagnoses can sometimes feel so overwhelming that I chose to just focus on those that are most severe... the ones that are the causes of the others in that crazy list.  I can't pronounce most of the others anyway. ;-)

And if I am feeling too overwhelmed by the list, sometimes I grab some chocolate.  Chocolate always makes you feel better, right? 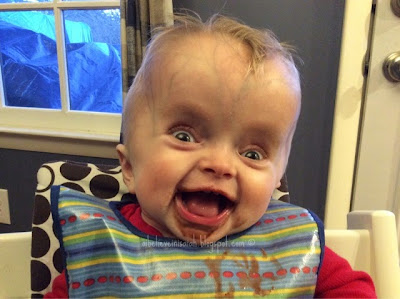 I feel a bit numb to this newest addition, hydrocephalus, right now.  I joke "another day, another diagnosis", but right now I am not quite processing it.  Maybe it's because we're still waiting for a plan?  Isaiah's neurosurgeon really wants to see my ultrasounds but there's a technical issue that's making it difficult for him to see my files from Jefferson (since Jefferson and DuPont are partner hospitals, doctors can often see medical files in if needed within their system....but there's an issue since my files are through a different office within Jefferson).  He wants to see the ultrasounds in hopes of getting a good view of Isaiah's brain before he was born.  Once he has something to compare the newest pictures, thanks to Isaiah's MRI, he can decide how he feels it best to proceed.

I know that although Isaiah's head has always been larger; it started growing rapidly around his birthday and it's only continued on that faster trend.  My gut tells me the neurosurgeon is going to want to put in a shunt (and if he isn't convinced Isaiah needs I shunt, I think Dr B is and will push him to place the shunt).  If it's decided, a shunt will be placed in his head (by drilling a hole in his fragile skull! PUKE!) and will connect down to his abdomen to drain the excess spinal fluid out of his body.

Inside my heart breaks for my baby.  Another diagnosis.  Another surgery.  Another sedation.  Another hospital stay.  Another situation that takes away the normalcy I was starting to feel after accepting the kyphosis.

To add to everything, Isaiah has started to hold his head throughout the day and we are starting to get paranoid about it.  I swear to you, he never did this before our appointment with his neurosurgeon.  It's like he heard the doctor ask if he holds his head (as that could be a sign that it's hurting from the pressure of the hydrocephalus) and he thought "oh man, this is going to be so much fun, making mom and dad go crazy wondering if I am hurting or playing peek a boo." 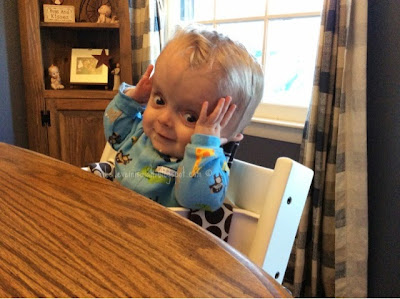 Torturing mom and dad after dinner is fun.  Don't mind the mashed potatoes on my chin, they are left overs for later.

And as much as I am afraid for the surgery, I am afraid about his not getting the surgery and then all of a sudden one day it'll be an emergency.  They say that Isaiah doesn't show the severe symptoms of hydrocephalus, but if he begins vomiting like in scenes from The Exorcist or if he seems to be struggling with a headache, we need to get our butts to the hospital.

I worry about things I can't control.  Like, what if it does become an emergency and Dave is traveling for work?  I can't drive Isaiah and make sure his airway is clear if he is vomiting all over my backseat (not to mention, YUCK, my poor backseat!)  which means I'll have to call an ambulance.  We've done that once already.  An ambulance ride is bumpy and shakey, and scary in terms of Isaiah's bones.  Isaiah's brain and open airway win out the concerns over Isaiah's bones, but still, it worries me.  We could avoid that whole scenery with a scheduled surgery.

But surgery? Bah! I was scared enough about a quick sedation for the MRI.  I am going to need my own dose of sedating medicine to get through this one if it ends up happening.  Worrying about my baby's brain and his breathing?   Ugh.  I see a Hershey bar in my future.  King-size.  ;-) 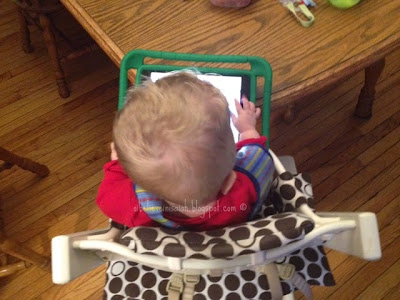 So currently, we're waiting, and my brain is on overload over-thinking.  And I am running out of chocolate guys, this could get serious. BAH!

Let's hope my ultrasounds can get to DuPont asap.  In reality, I know it's President's Day today.  I called Jeff on Friday and the office was closed already, so out of desperation I emailed my doctor from there.  He rocks and has asked his staff members to help, but they can't just open the post office, so the likelihood of Isaiah's neurosurgeon getting his hands on the ultrasounds this week are slim...

I am really going to have to get to the store and replenish my chocolate supply.  Stat.

Posted by OIbelieveinIsaiah at 8:12 AM