I swear after his second birthday that I will stop counting months (out loud and on the internet...ok Sanne? ha) but our baby turned 22 months yesterday! 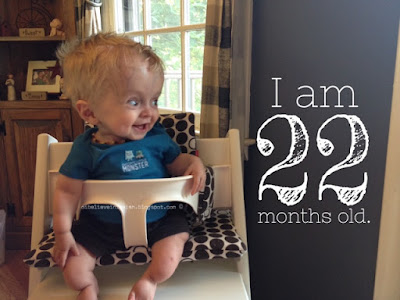 He's an inch taller but weighs less than a month ago, closer to 15 pounds now; we're getting that figured out and believe it's partially due to his being a picky pants, teething torture, and the fact that his shunt is doing its job in relieving the extra spinal fluid in his head and his head shrinking a centimeter! (woot woot!)

Even with the weight loss, he is getting bigger as he's sizing out of his 6 month clothes!  He's basically moved on to 9, and even some 12, month onesies. 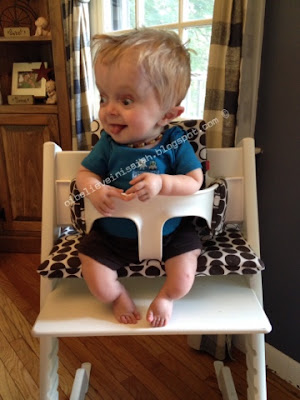 His vocabulary has taken off.  It's mostly mimicked but oh my goodness, so many new words and sounds!  Giggle, oink, turkey, rabbit, donkey, llama, owl, pirate, ARRR (like a pirate), ROAR (like a dinosaur), eyes, ears, mouth, head, diaper, nuts (not included in conversations about diapers LOL), Ayla, Trista/Tricia, Uncle Matt, castle, Hakuna (ha, we were watching the Lion King), "Hi dad", Epcot (all these Disney words, can you tell what we talk about around here?).

It's AMAZING.  Plus, SO MUCH BABBLING! 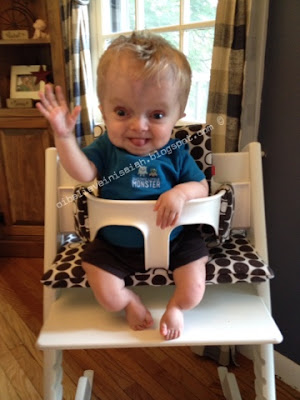 He's starting to really learn to point and count, and blow kisses (I am dying to get this on video)!  His communication has really improved recently. :)

His favorite toys are a helicopter that he places shapes into, his cash register, everything Elmo (Disney blasphemy), and cookie cutters.

He's up to eleven teeth now, too! And survived experienced his first dentist appointment. 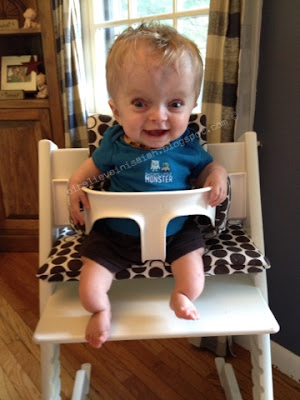 Happy 22 months (and one day), Isaiah!  We love you to infinity and beyond. <3
Posted by OIbelieveinIsaiah at 7:00 AM