We're continuing to work on table foods.  One day Isaiah steals my steamed green beans from my plate and feeds them to himself and the next day.... 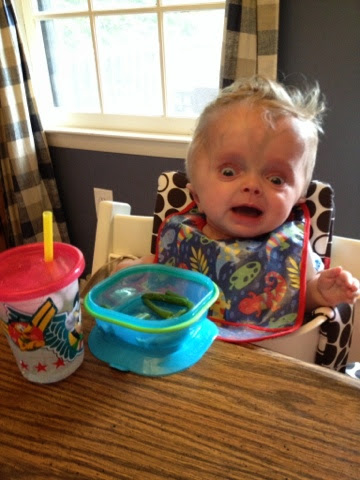 We have a battle of the wills that lasts a half hour.

After that half hour, I cleared the green beans, held him for a moment to calm him down, and fed him his pureed carrots with some rice.  Obviously that's what he wanted... 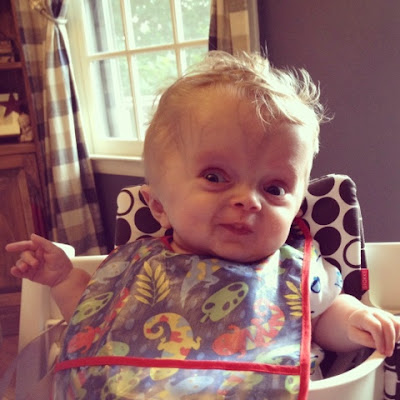 I'm such a sucker.

We've been working on sipping from a straw as well.  We found a great cup at Toys R Us that was recommended by an OT on her blog; you can squeeze it and the water will go into his mouth.  Our OT had recommended getting some juice boxes (so that we can squeeze it in) but Isaiah likes water and I'd prefer to leave it at that and milk.  I know he is already too much like me with that sweet tooth and I'd rather not introduce him to sugar through liquid form.

So far, we're struggling.  He's got the pucker down... 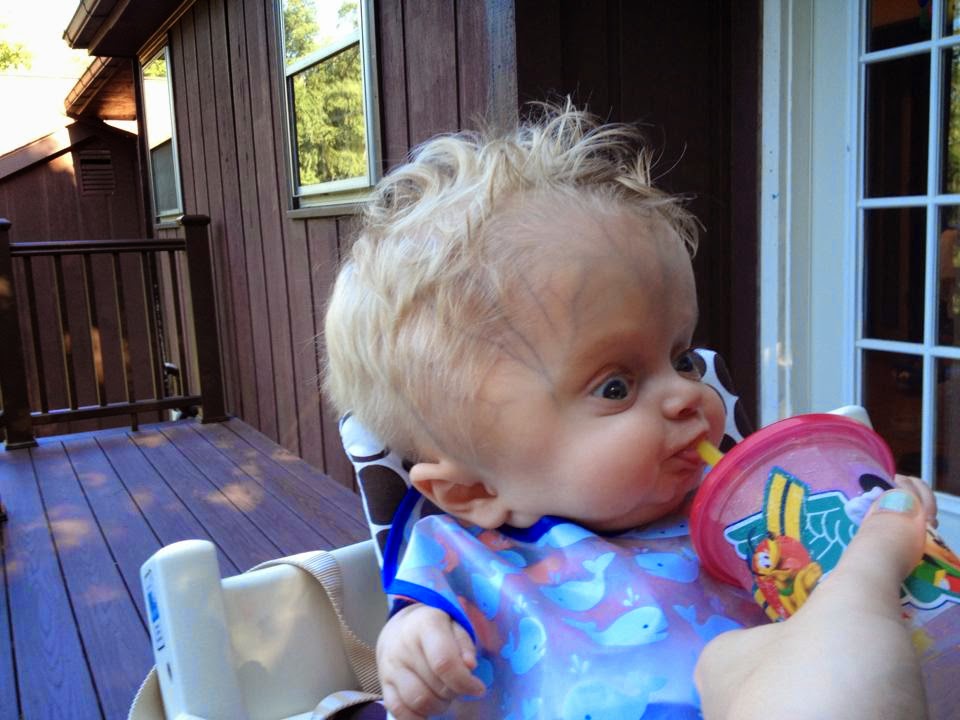 but he just doesn't understand the sucking part.  I was told to model and really exaggerate, so I make all kinds of noise when I'm sucking the straw, a big gulp, and then "ahhhh".  He is so mesmerized when I model.  Lately, he's been mimicking me...except instead of sucking in, he's blowing out to mimic my sucking sound and then going "ahhhhhhhhhhhhhhhhhh".

At least he has the ending right.

He'll get it...I know it'll just come to him at some point and I look forward to that moment. 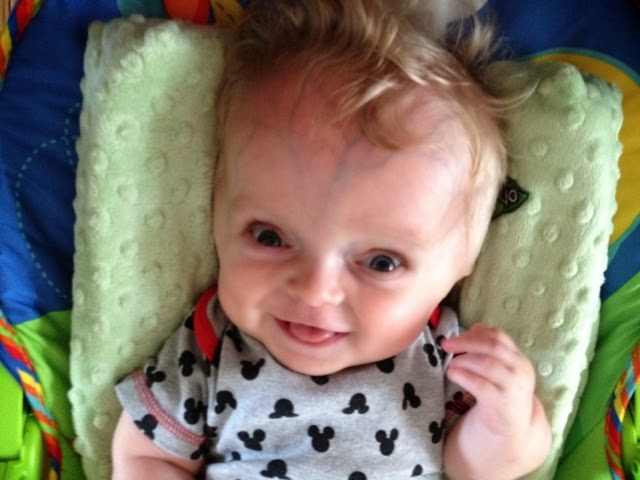 We've been spending lots more time outside.  We just received this awesome toy from Dave's aunt and uncle; they had it at their house for their grandkids but the boys are getting big and know Isaiah could get a few years enjoyment out of it.  Isaiah loves the swing! 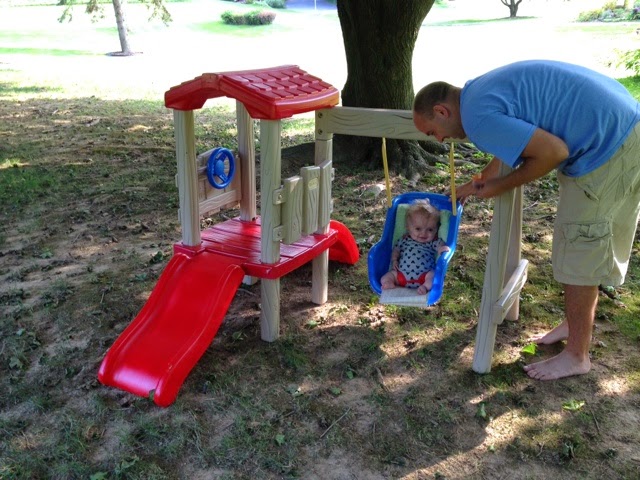 I have a belt coming from Little Tykes so we will be swinging him by weeks-end.  Oh, and if our family notices it looks a bit different, you know I'm addicting to using spray paint, right?  ;-)  Between that and the red duct tape we had on hand, I had some fun. :)

And we're continuing our outdoor fun, soaking up this last bit of summer. 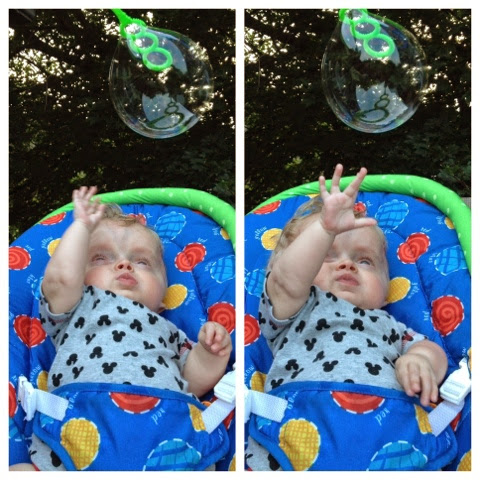 Isaiah's making his PT proud with all of his reaching. 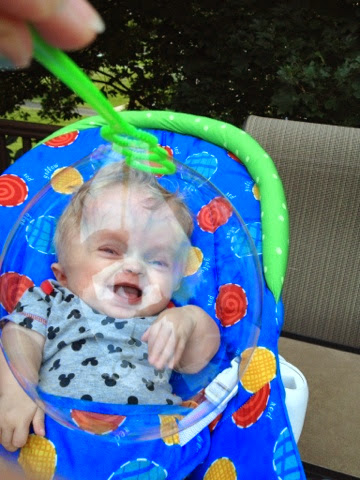 We're [happily] having a quiet week, getting ready for Pam, and enjoying life.  We hope you're enjoying your week too! :)
Posted by OIbelieveinIsaiah at 8:51 AM