So we've noticed that Isaiah's hair has gotten a bit out of control recently... 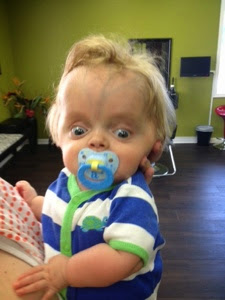 It's truly wild.  He has a bit of a wave to his hair and although it's thin, there's a lot more there than there appears to be...the blond color makes it quite deceiving. 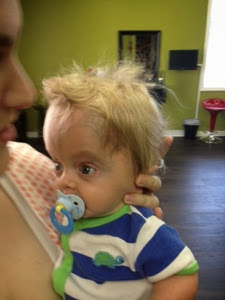 In honor of his upcoming birthday, it was time to give our big boy a big boy haircut! (It's not going to wait until our hopeful Disney trip...that's way too far away.)

Warning:  Getting a hair cut probably feels crazily similar to a doctor visit so there was tears a plenty. 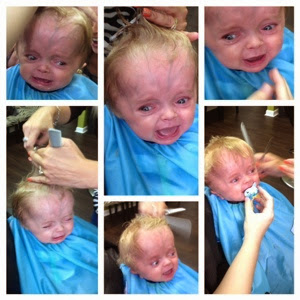 The stylist was great.  I held Isaiah and she worked around me.  She trimmed and trimmed... 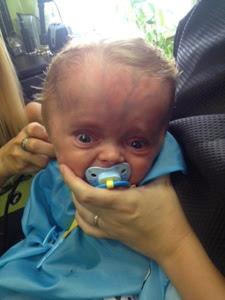 I asked for her to use the clippers.  I wanted a short look around the sides- he's almost a big boy after all! 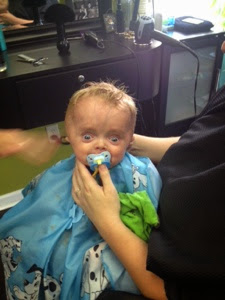 Based on the majority of pictures, he may have been scarred for life... 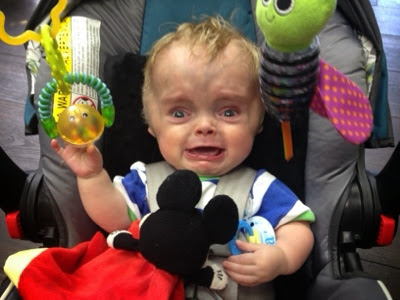 But once we were home, Isaiah was back to himself quickly. 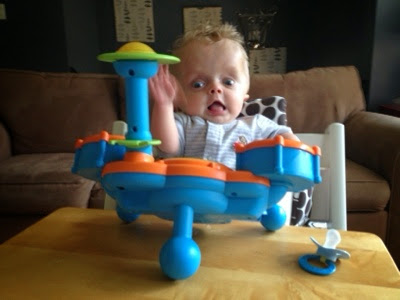 Here's the official before and after for you! 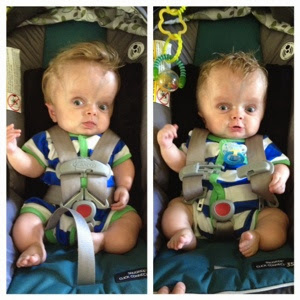 I feel like it makes his head look amazingly rounder and more even than ever before.  Can you believe this kid is going to be one whole year old in a little over a week?  We have portraits in honor of the big milestone on the schedule; here's hoping we get a big smile out of him! :)
Posted by OIbelieveinIsaiah at 7:00 AM