On Thursday we were scheduled to head to DuPont for two appointments (one with an ENT for a consult and one with Dr. Bober to check in since we were there), but this happened. In an hour. 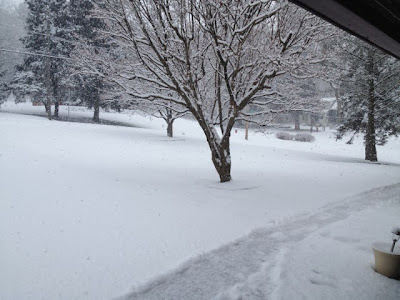 We attempted the drive at 9am, but quickly learned that the roads weren't treated and it just wasn't safe in my Corolla. 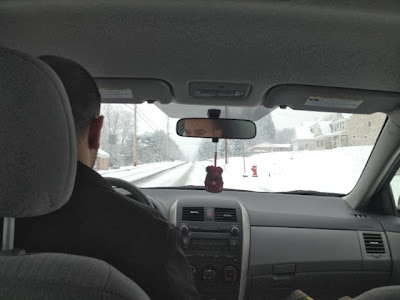 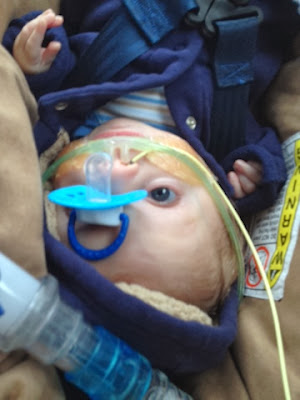 I sent the first picture to Dr. Bober's email with the subject "so this is happening" and he replied back to cancel and not worry about it; that we'd see him for PAM in a few weeks.  We headed back home, and then this happened... 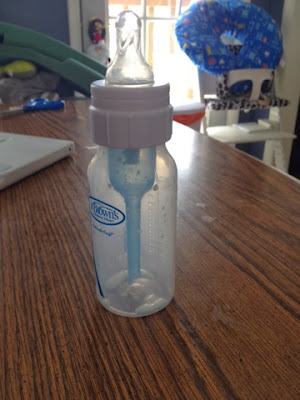 Go baby go!  The snow stopped once we were in the house so we decided to keep our afternoon appointment with the ENT and headed to DuPont around 11. 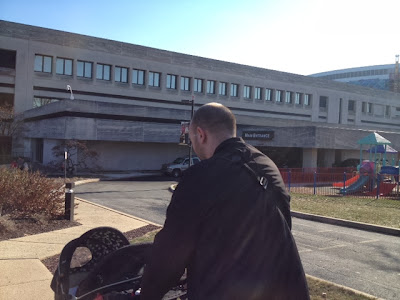 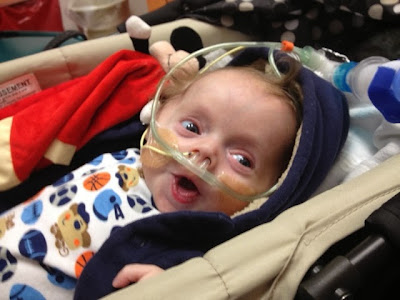 So we drove one hour drive for a 5 minute consult.  The doctor looked in Isaiah ears and stated that Isaiah makes soft wax (apparently you either make soft or hard wax), and that he has a lot of it deep in his ears.  His ear canals are also shaped like slits, which may have affected the previous hearing tests.  As Isaiah grows, the slits should open more and more. 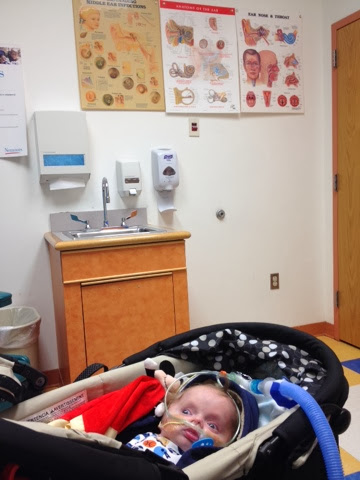 When Isaiah goes back for his PAM treatment, the ENT is going to piggy back on that and have him sedated one of the days, clean out his ears, and then an audiologist will also join in on the fun and retest Isaiah's ears.  We're confident he'll pass this time.

After talking with the ENT, we did end up seeing Dr. Bober.  He's happy with Isaiah's progress.  According to him, Isaiah is now a little over 20 inches.  He also weighed in that day at 10lbs, 4 oz.  He's at the top of the curve for his height to weight ratio so we need to tread lightly there as we don't want him gaining too much for his body.

That should be easier to monitor with him doing a much better job taking a bottle.  He's been consistently taking 2 ounces at his day feeds, and is even taking a bottle before his goes to bed now (we just subtract that amount from what he's supposed to get overnight).

On Friday, we went in for Isaiah's 4 month well visit at his local doctor. 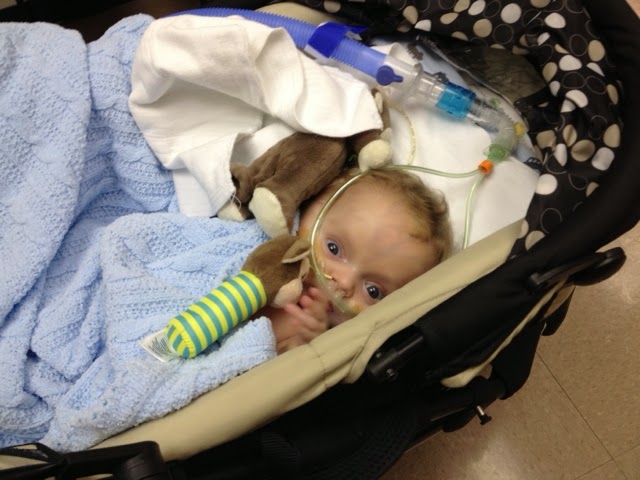 He got his shots and got checked out.  They are also happy with his progress.  They noticed how well he's moving, how big he's gotten, and how healthy he looks. 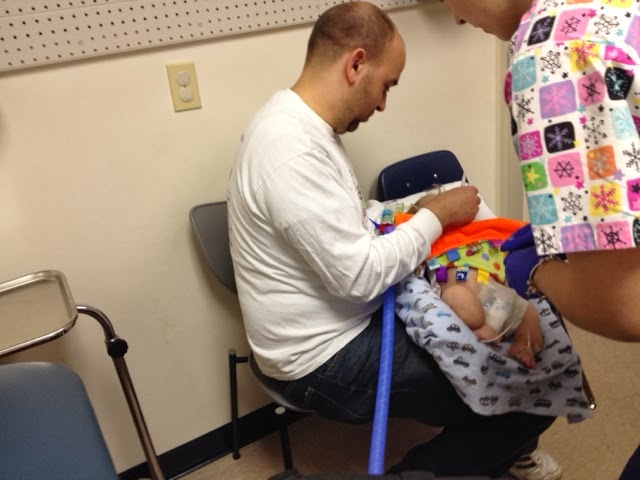 So there's the updates on Isaiah's appointments.  Sorry for my lack of posts, we've been so busy with family time and good things, it's been hard to catch up on the computer.  We'll be sure to update about Isaiah's PAM treatments when they happen, and I'm going to try to get a few pics of Isaiah sporting some New Years party gear. :) 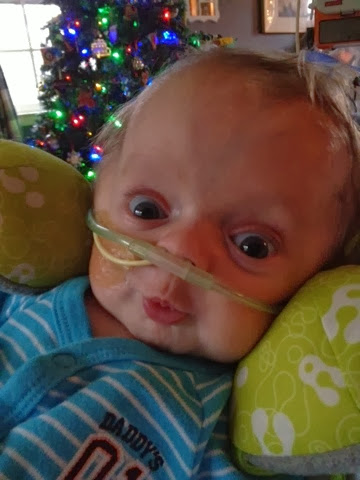 We plan to party with the nurse tonight.  And by party, we mean we'll all be sleeping while she hangs out. Stay safe everyone! Happy end of 2013! :)

Posted by OIbelieveinIsaiah at 10:08 AM