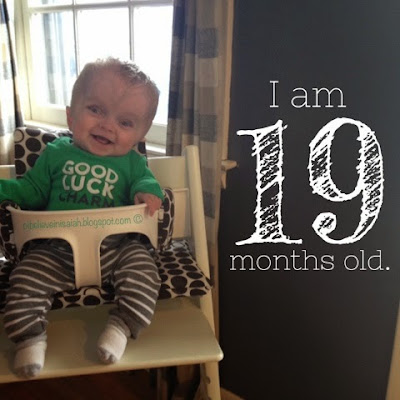 He's still sporting 3-6 months clothes and at his last weigh in, he was just shy of 16 pounds. 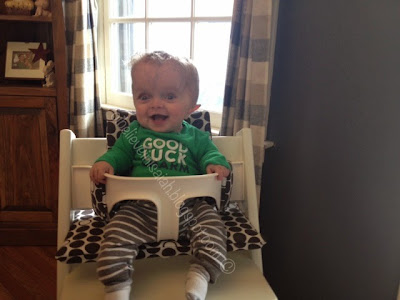 He is loving sitting up to play.  His favorite toys seem to be his gear toy and his giant activity block that is bigger than him. 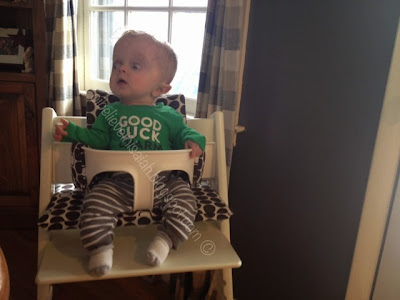 He is all about the animal sounds.  He moos like a cow, baas like a sheep, whos like an owl, caws like a crow (or vulture, according to his one toy), and now roars like a lunatic lion.  ;-) He's started saying "boo"and "po" for "pop" (when he's popping bubbles. but I know two men who will be excited to hear him say "po" and thinking he's talking to them.)  and this morning I swear he said "i-pa" for I-Pad. #firstworldmilestone 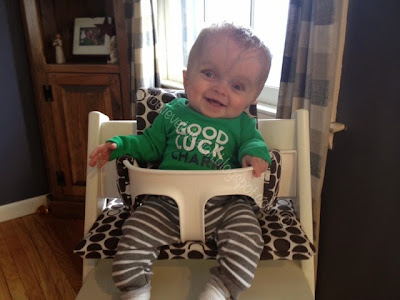 He had his first black eye and was diagnosed with hydrocephalus.  (He'll be getting his second official surgery in just about 4 weeks.  Barf!) But hey, he made it through the month break-free. 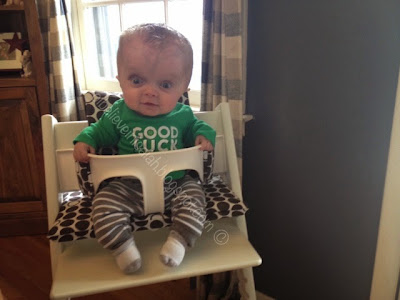 All in all, I'd say it was a good month for Isaiah.  And we're looking forward to Isaiah rocking this month too.