So, we've posted some pretty adorable pictures of Isaiah on Instagram/Facebook recently, amIright? ;-) 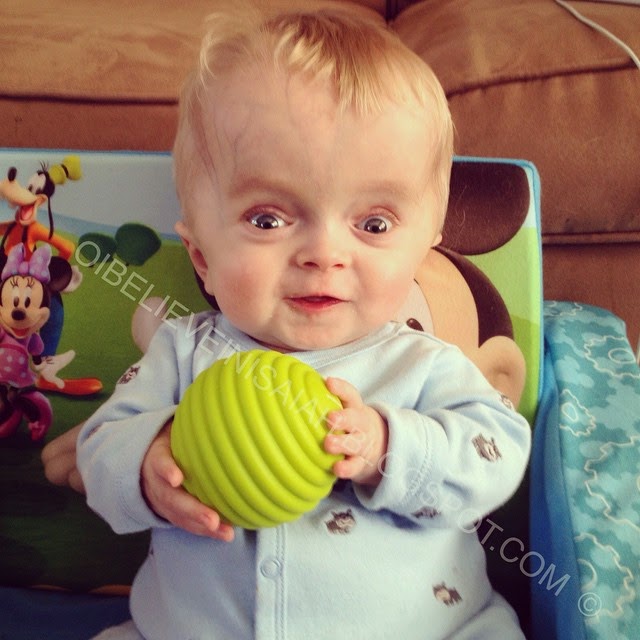 Little did you know, that in the picture above, we were trying to figure out if Isaiah was ok as while I was still in bed early Sunday morning, Isaiah took a tumble off of his Mickey couch and onto his play mat.  Dave was right there with him; he went down so fast that he just could't catch him.  I heard the thud and the hysterical crying and went running.

He calmed in about 15 minutes ("He" being Isaiah.  I am pretty sure Dave is still recovering).  We thought he had a broken left leg, but as the day went on and Monday morning came, that assumption faded as he was moving his leg again.  I'm not convinced something didn't break (maybe a fracture in his spine?), but he has been acting normal so we're just being extra cautious when moving him just in case.

But yesterday, after I pulled him out of his crib after nap time, I noticed his right eyelid looked weird. 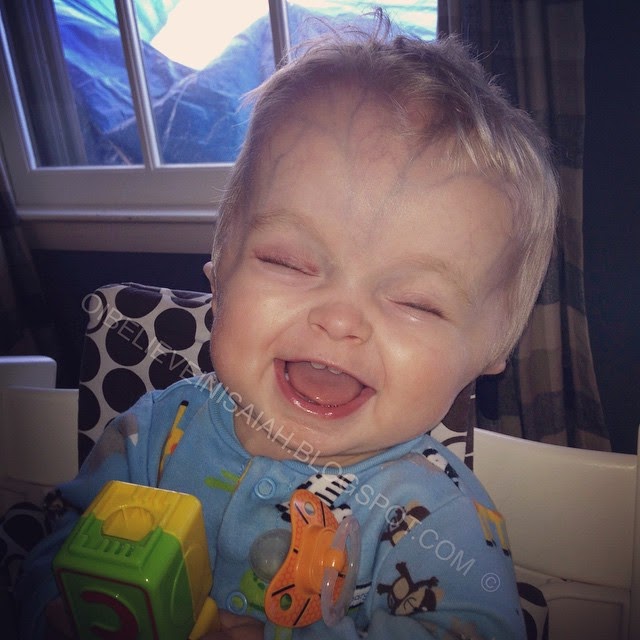 I took the above picture yesterday with flash to show a friend, asking if she noticed it.  (It didn't show up at all in pictures without flash so this was my way to try to capture it.)  I don't think I have ever had the flash on for a photo before, and Isaiah thought it was the funniest thing on the planet. 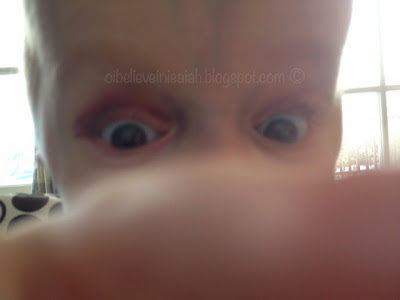 Here he is this morning,  blocking the camera with his finger (lol), but you can see how purple his right eyelid has become.

When I touch Isaiah's eyelid, he doesn't flinch, so I don't think it hurts...we are 2 days after the nosedive and we are hopeful this is the only reminder.  (Dave is joking that Isaiah went skydiving without a chute...just a reminder, this was just off of his Mickey couch, not an adult couch.). 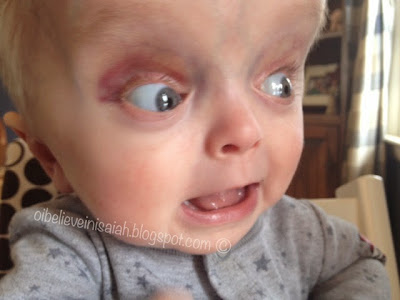 Isaiah is acting completely normal.  Part of me can't stop worrying that he could have done something to his skull but I think he'd be showing some symptoms...irritability, sensitivity to light/noise, something!  I emailed his doctor like a good hypochondriac and am waiting for a response. 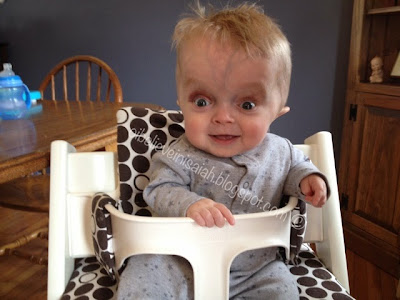 In the meantime, I put Isaiah in his tattoo sleeper because I felt it went well with the black eye...(not that you can see the tattoo in any of the pictures I took. Boo!) But he has a heart on his sleeve that says "Mommy".

Posted by OIbelieveinIsaiah at 10:58 AM