Yesterday I had a dentist appointment scheduled for a cleaning...I had honestly forgotten about it until I got the reminder call on Friday.  Honestly, I've been ignoring many things for myself, but my teeth are a priority for me and I won't let myself put them on the back burner of my life right now.

Dave had to work and I didn't want to bug anyone for what should be a quick appointment, but I had to preplan if I was going to bring Isaiah.  I actually brought him with me 6 months ago and it could have gone better.  He saw the scrubs and then the mask on my dentist and lost it.  He freaked out every time they went into my mouth with the polisher, a mirror, whatever.

It's clear that I developed a new habit soon after Isaiah was born; I clench my jaw.  I do it while I sleep and I do it while awake sometimes without even realizing it... until I start to hurt.  I have a guard and it's something I'm working on.  It's just one of the ways that my body deals with my worries and stress but it comes at a cost if I am not on top of it.

Six months ago, we were trying to hurry through the appointment and thanks to my clenching, one of my fillings fell apart while the hygienist was flossing back there (it was honestly great timing; better to happen there than at 10 at night when I'm flossing before bed).  I didn't post about this then because it 1) embarrassed the daylights out of me and 2) I was just realizing the effect of clenching.

My dentist is wonderful and she was willing to fix it right then and there....but when she was added to the party, Isaiah's meltdown went way loud, he turned red, and although I could ignore him....it wasn't fair to anyone else to expect them to so we had to reschedule. 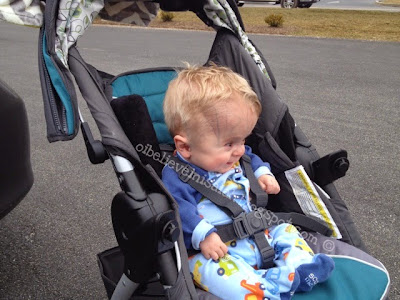 Here is Isaiah in the parking lot before my appointment yesterday....holding his head up in the stroller for the first time ever.  Go Isaiah! I have to make sure to get his butt back farther so he can sit all the way up.

Anyways, here we are six months later.  He's six months older .....and even more afraid of scrubs and masks.  Sigh.  I blame a winter full of vaccinations and extra pokes to his port for the MRI and such.

I needed a plan.  Isaiah loves Mickey, he loves to read, and he loves that I-Pad.  I posted to my personal Facebook asking for suggestions for apps and I received lots of fantastic suggestions (Fisher Price has some great ones and the Endless set is also fantastic. FYI).  I also spent a few dollars on some of Isaiah's favorite episodes of Mickey Mouse Clubhouse.  Since they don't have internet for the patients at the office, I had to make sure I had something that worked offline.

When we got there, a few of the amazing staff members came over to say hi to Isaiah (I love my dentist office.  Here's a backstory: I had my teeth cleaned 2 days before Isaiah was born and I had told them what was expected....when we stopped home one day to check on Carl/do laundry/go through the mail, there was a card from them.  How many dentists send you a card saying they are thinking of and praying for you?), and he started to cry when he saw the scrubs.  BOO.

I had been spending time rigging up the I-Pad so that it was close to him and secured onto the stroller (We didn't need a broken femur because he dropped it on himself) so we turned it on and he played with his Fisher Price app while we waited. 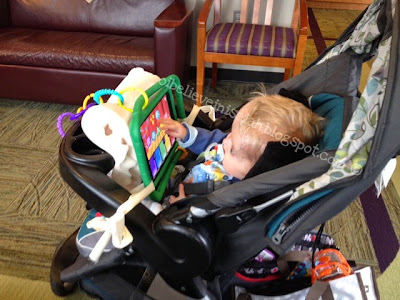 Not a bad set-up, eh?  Just give me a stroller, some memory foam, ribbon, baby rings, and an i-pad and we're good to go.  (Adapting sometimes means getting creative, and if we teach Isaiah to get creative now, he'll hopefully always find a way to what he needs/wants.)

This may not be the best parenting but this is me trying to get through something that scares Isaiah...and since I'd be pre-occupied, Isaiah had to be 100% on his own.  For the last few days, I had been repeatedly saying a few things... "We're going to the dentist soon....This is for momma, not Isaiah...You won't get any boo boos and neither will momma...This will be/is fun!...It's to keep momma's teeth healthy." I showed him an episode of Doc McStuffins about the dentist.  We talked about it while we brushed our teeth....but Isaiah doesn't quite get it yet.

As much as I wanted Isaiah observing my appointment so he knew that it was ok, I knew he couldn't do that because he didn't understand and he associated it with getting poked and he'd shut down and freak out and I didn't want to be in the same boat that we were six months ago. 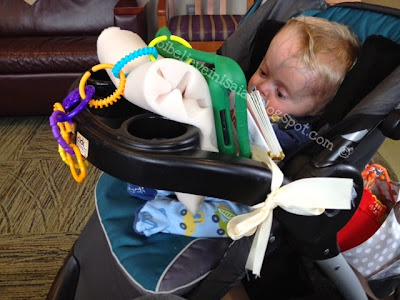 I was so nervous for this appointment but once they were ready for me, I put Isaiah in the corner so he could see me and opened a new app for him.  At first he was ok, until he saw the hygienist put the paper bib on me...so I quickly turned on Isaiah's favorite episode of Mickey that I had downloaded earlier in the day.  We almost had him happy, but he kept turning with bug eyes at what we were doing and starting to cry....so this happened... 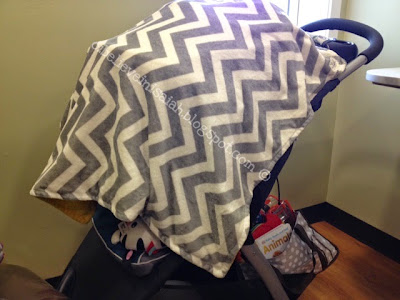 And we got through the rest of the appointment with zero tears.  Since Isaiah couldn't see what was going on, he was fine.  We could hear him giggle every so often at Mickey so it sounded like he agreed that this was the way to go.

How in the world did moms do this before such technology? Part of me feels like I could have done better, that I should get strict, that what if someone reacts like this lady when they hear Isaiah freaking out because he's scared...and I worry about how Isaiah will act when he's older.  But in reality, many moms likely get a babysitter or do the same thing nowadays.  Most moms don't take their babies/toddlers to get needle after needle and then expect them understand that this appointment is different and not for them.

I'm doing what is right for us and that's all that matters.
Posted by OIbelieveinIsaiah at 8:51 AM