On a whim (before Thanksgiving!), we decided to take Isaiah to see his buddy, Santa.  He met him last year, on a very special trip to the mall; it was our first outing that did not include anything medical. 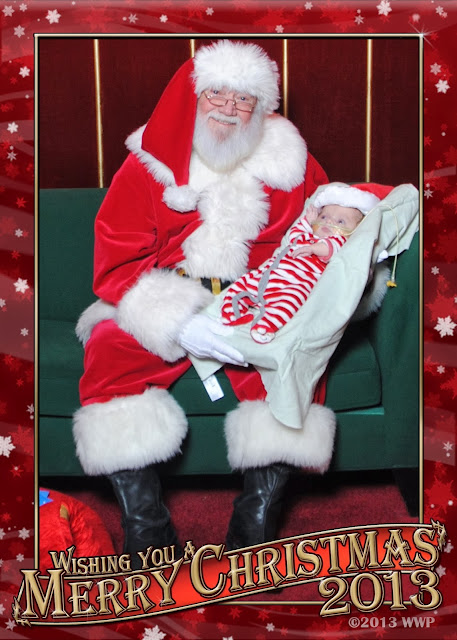 It did involve the mattress we used to hold Isaiah on.  We had his machines all on the side, right out of view of this picture, and we held our breathes while we took Isaiah off of those machines briefly to snap the picture.  You can even see his NG-tube hanging down the side.

My, how things can change in a year! 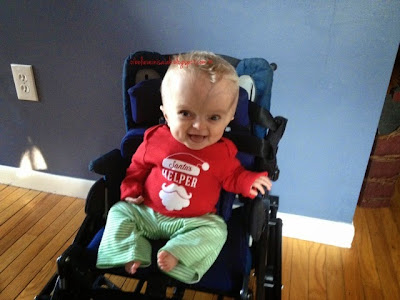 Just look at him! You never see his tubes and machines anymore, but he does still use them... just at night.  I have even finagled things so that the machines are in his closet during the day....out of sight, out of mind!  He no longer eats through a tube....he stopped that almost a year ago! In January!  and he's grown so much! And oh my does he have a personality?!  When he's happy, you know it.  When he's not, you know it...which brings us to (ha, can you see where this is going?)... 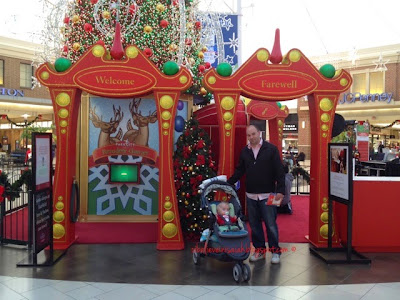 Santa!  Yup, he was not happy.  No sir.  As soon as I let go, he flipped his lid.  We all laughed about it...he's 1, what did we expect?  I even made sure to get the "most traumatic looking shot" because I'm a jerk like that. 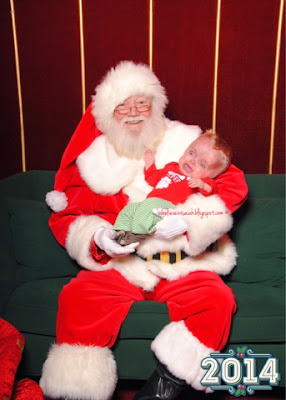 Once out of Santa's arms, he calmed quickly, but he kept his eyes glued on that guy. 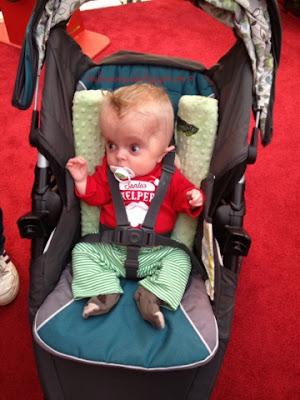 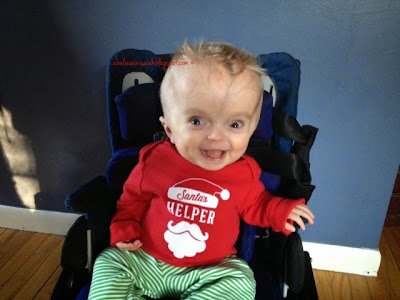