This week, Isaiah and I have been having fun at both the Ronald McDonald House and AI DuPont.  Currently, we go there every 8 weeks for Isaiah's Pamidronate treatment (I often call it PAM for short; it basically helps to strengthen his bones).  If you follow along on Isaiah's Facebook, you know this because I am an over-sharer. :) 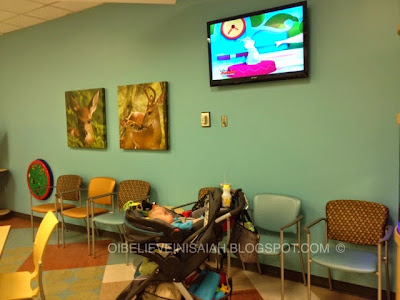 For the most part, everything has gone smoothly.  The nurses easily accessed Isaiah's port and his pamidronate has really helped to make him feel great this go round. 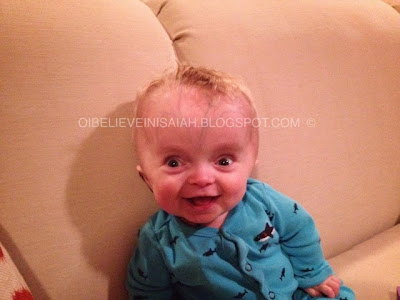 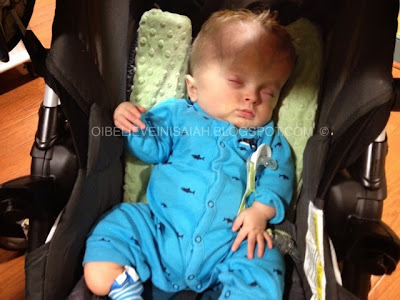 While Isaiah plays and watches Christmas shows, his doctor and I chatted.  Isaiah's head has continued to grow off the charts, and although it's a steady growth, it's concerning. 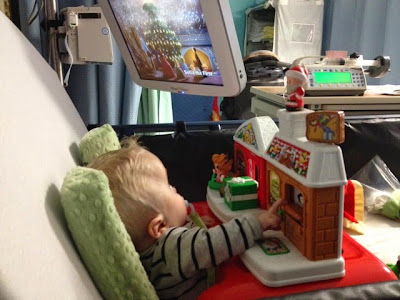 So we are now back to the hydrocephalus.  I don't understand enough about it (because I was trying to avoid it lol!) to really give too much of an explanation, but I know there's fluid in the head and it affects the brain...often, surgery is needed to place a shunt to relieve the pressure and get the fluid out.

Isaiah does show physical signs of hydrocephalus.  His head is larger, his veins show, and his eyes have the "sun-downing" look (that means that you can see the whites above his pupils...but he can move his pupils up and does often...if he had hydrocephalus, I am under the impression that he'd cry when attempting that from the pain of the pressure.)

But he doesn't show all the signs.  The top of his head is still soft; it's not rooster shaped (common from the pressure).  He is very happy.  He doesn't vomit or scream like in scenes from The Exorcist.  He is cognitively doing extremely well.  He is talking, singing, dancing, pretend sneezing....

The physical signs of hydrocephalus that he does show are common in kids with severe OI.  Some do develop hydrocephalus, others just have big heads (to fit those fabulous brains).  I am hopeful that we are just in the big-brained crew...

It's now time to figure things out.  During day 2 of PAM, Isaiah had an ultrasound done. 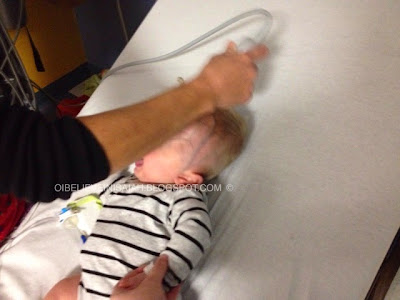 It was inconclusive but did show some enlarged ventricles (I'll pretend I know what that means...).  The doctors now want to do an MRI to investigate more.  Sigh.  I'm not surprised.  I was doing ok with it until the doctor said "I just don't want anything to happen to Isaiah."  I have been repeating that sentence in my head and focused on the fact that he is worried...sigh.  To top it off, I read his report and it says "moderate to severe form of hydrocephalus with question of hypoplastic corpus callosum."

I should stop reading reports.

After I read that last night, I took a deep breath and gave Isaiah a sponge bath (had to wash that ultrasound goop out of Isaiah's hair.  He does have a reputation to uphold. :-P  He's learning to comb his own hair... 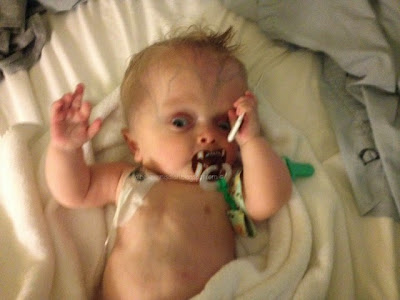 To lift our spirits, we went back to the hospital to visit some old friends, the night staff NICU staff!   We had stopped in earlier to see the day staff too. 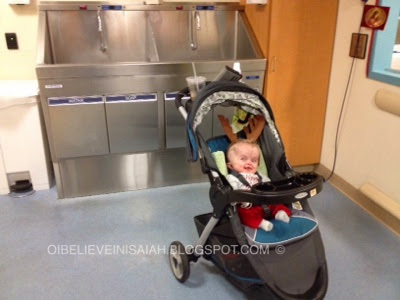 It was soooo great to see everyone that we got to see...quite a few nurses that cared for Isaiah many days/nights.  I love being able to stop by and show them how well he is doing...and that we didn't (nor will we ever forget) how much they helped us. 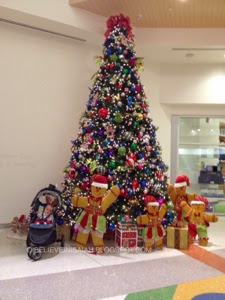 We also saw the new part pf the hospital all decorated for Christmas! 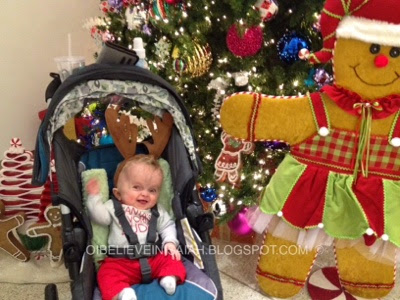 Anyways, today we are finishing our last day of PAM for this cycle then back HOME.  Hooray! We're waiting to hear when his MRI is scheduled for, but it sounds like we won't have another 2 month break from seeing this place anytime soon.

It's ok...we like it here.
Posted by OIbelieveinIsaiah at 8:57 PM