Yesterday I was introduced to the Worthy of Life Campaign.  It is a campaign "uniting people all over the world to take a stand and say that people with disabilities are as worthy of life and love as individuals without disabilities."

And it's caused me to reflect (aka I'm babbling and needing tissues). 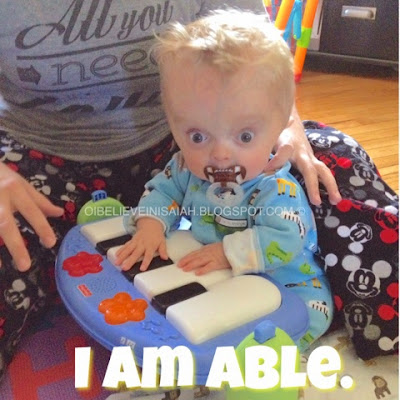 The words struck me, as earlier in the day I had read an article about a mom who found out about her child's special needs after he was born, and wished she had known so she could have aborted him.

She is quoted: "We made it clear to the doctors that we didn't want a child that was not going to be able to ride a bike and do things that normal children do." 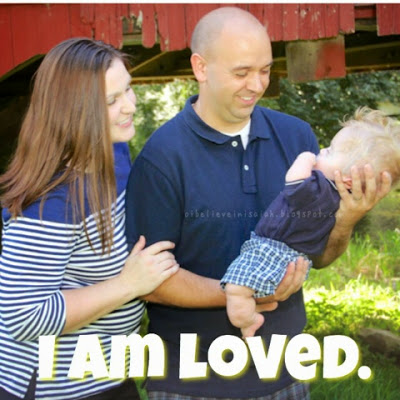 I am not judging this mom (I am curious if this is a legit story, though)...but still, this struck me to the core.

We knew before Isaiah was born that his life would have challenges.  For 20 weeks we didn't know; I felt his kicks, we heard his heartbeat...We were already so in love with our baby that there was no way that we would choose termination.

Even now, knowing he went into respiratory failure, that he ate through a tube that passed through his nose into his stomach for 5 months, that he can break his arm rolling over or get a compression fracture from sneezing, I would still choose life for him.  Those moments are just blips in his life.

His life is so much more than his OI. 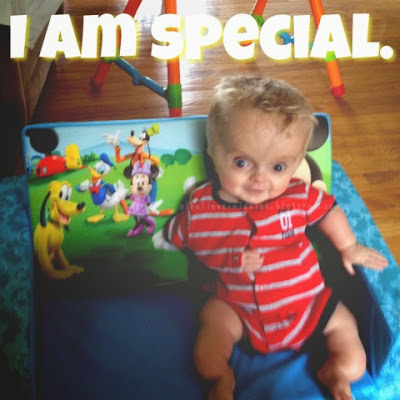 A few months ago, a New York Times bestselling author received a similar diagnosis to what we received at our 24 week ultrasound.  Like us, they chose to hold out hope that their baby would make it.  Sadly, they did lose their baby to Osteogenesis Imperfecta, as she was type II (which is lethal); she was born early and just couldn't fight...but she lived for less than an hour, and the family treasured that time...their story was on the Today Show's facebook page.  The story focused on the non-profit organization Now I Lay Me Down to Sleep and how they provided beautiful photos to the family....OI was only briefly noted.  I made the mistake of reading comments and some followers caught the description of OI and made some heartless comments about the parents not choosing to terminate.

I commented back to these few people and received responses.  I was described as selfish.  I was selfish for making Isaiah endure "a lifetime of pain".

A lifetime of pain?  Does this guy look like he is constantly in pain? 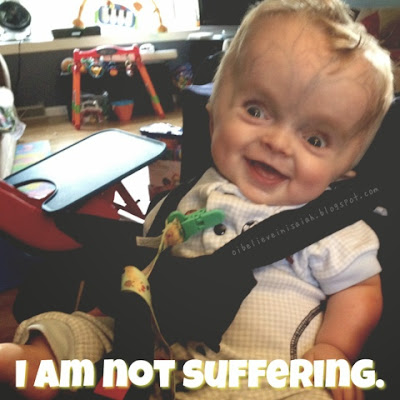 I know that these people were unaware of OI...and this was just a story in their newsfeed.  They didn't know me; their opinions didn't matter.  But it made me think...selfish?  I hadn't viewed it like that.

I've never looked at our life from an outsider's perspective.  Selfish.  I guess so.  I had fallen in love with him.  I wanted him to live.  I wanted to give him a chance.  Selfish.  That's a legit description that I can accept.

But like the couple that lost their baby with OI...Isaiah was diagnosed type II.  We found specialists at various children's hospitals and the first recommended to terminate since they believed it was "either type II, the lethal form of OI, or an extremely severe form of type III".  Isaiah was considered "not compatible with life."  They handed us a folder full of information about OI, with type II circled, and told that we needed to do further testing to "decide who was the more important patient in the birth", meaning me or my baby (yes, at a children's hospital).

We were lucky; the doctors that diagnosed Isaiah as type II OI were wrong.  His OI is severe, but he's alive!  He's so happy!  He's feisty.  He's determined.  He's adorable. ;-)

I believe Isaiah did endure pain in the womb, no matter what the doctors told me...but did it warrant me choosing if he lived or died?  No.  That time was only temporary.  When he has a broken bone, that time with pain is temporary. 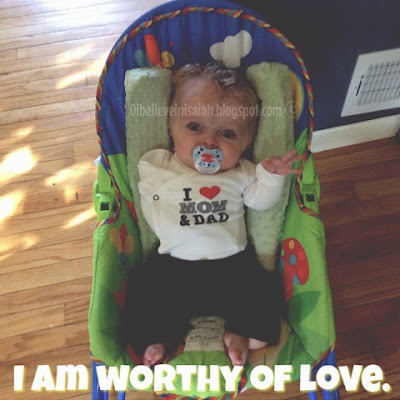 I know he faces challenges as he gets older...one of my biggest fears is silly, but I worry about how he will be accepted by his peers.  Strange, isn't it?  He faces surgeries...He faces breaking bones...But I am worried about the other kids.  Kids are blunt.  Isaiah's already been described as "the kid with the big head and weird eyes". ...I know Isaiah is worthy of love...but how do I show his peers that he is worthy?  Will their parents understand?  His teachers?  Will they get it?  That he is worthy of their love, respect, and acceptance, just like they are worthy? 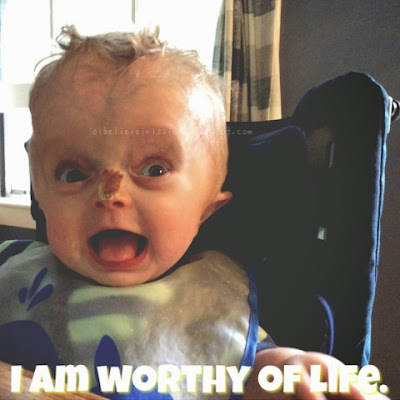 Will they understand that he is still a little boy?  A little boy that is obviously thrilled to be alive and is so very extremely worthy of life.

___
Isaiah, we will never ever ever regret that we chose life for you.  You accept every aspect of your life with such zest.  You are our amazing miracle and you are worthy.  <3
Posted by OIbelieveinIsaiah at 9:01 AM