This weekend, we had a ton of fall fun! 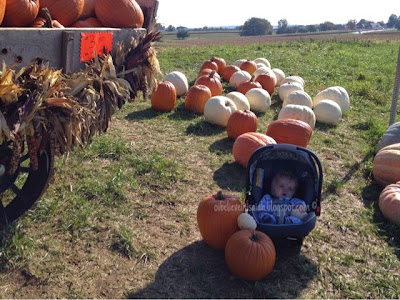 After shopping for Isaiah's Halloween costume, we went to pick up some pumpkins to carve and paint...a major perk to living in a rural area is that you can get huge pumpkins for $2 each. ;-) 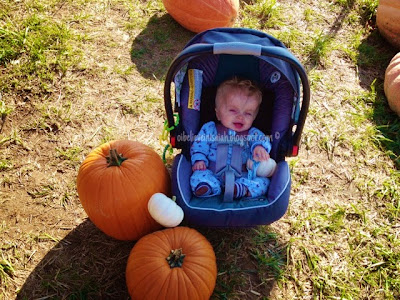 We went to a really fun party where we painted pumpkins...well, I painted a pumpkin, Isaiah just threw the paintbrush and shoke his head no.  He perked up a lot though when we moved on to throwing a ball into a Pumpkin bucket.  This kid loves to throw. 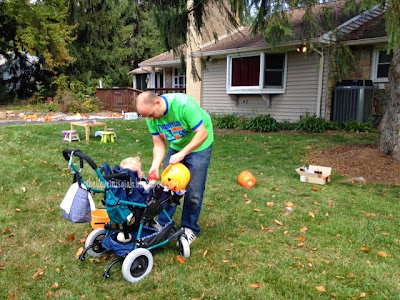 After all that fun, we ate some mummy hot dogs, cheesey broomsticks (no really, they were made of cheese), and pumpkin clementines (I wish I had gotten a picture; it was all so cute!)...we roasted some marshmallows, masde some s'mores...and just had a good ole fall time.

There was even a piñata!  The kids did an awesome job taking that sucker down... 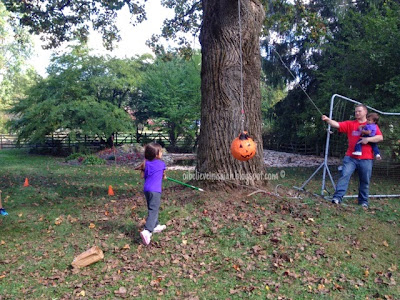 and I think Isaiah was horrified. lol  His eyes were wide the whole time and I imagined him asking all of the kids "hey, what did that pumpkin ever do to you guys?" 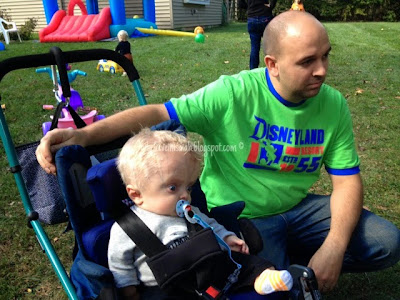 Once the pumpkin spilled its goodies, we got to playing.   Isaiah LOVED the bouncey house slide! 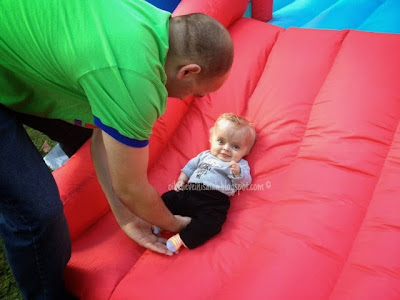 So much! There's a video that you have to see, but I am not on a computer to write this update so I can't link to it...but it's on Isaiah's facebook.  Go stalk!! Trust me, it's worth it. 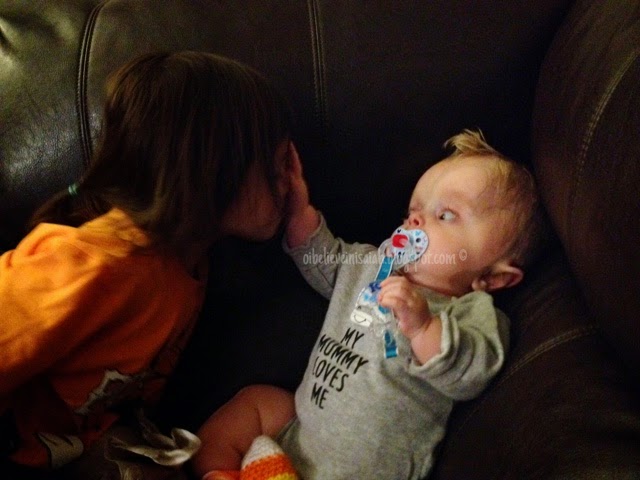 But he loves her.  The picture below is from when she was playing with him. 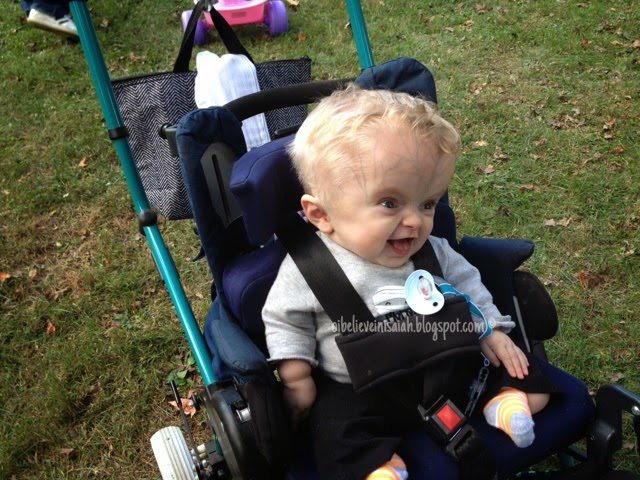 It was a fantastic weekend! Isaiah and I wrapped it up with a drive to the Ronald McDonald House.  We have his pamidronate treatment this week.  For those who are new to the blog (hi there!), pamidronate is the medicine that Isaiah gets every 8 weeks to help strengthen his bones.  We go over to DuPont for 4 hours each day for three days.  You'd think it'd be boring, but it actually ends up being so much fun because we're on the same schedule as his buddy Gavin, who is 4 months younger that Isaiah.  So be on the look out for adorable pictures of the two peas in a pod.

:)
Posted by OIbelieveinIsaiah at 7:00 AM