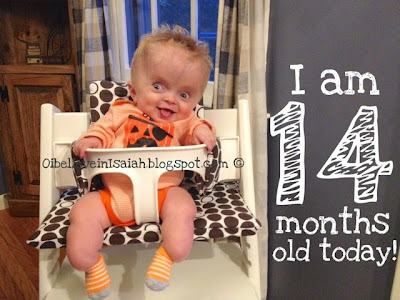 Check out mama, getting fancy with picture editing.

Isaiah is 14 months old today! And this has been one of the most exciting months yet. 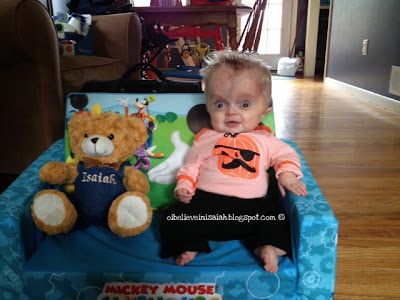 This kid can say mama, dada, cat, go, goat, quack, duck...and I am confident that he's working on Carl.  Sometimes I'd swear he says ok.  He's popped a 3rd tooth; the tooth next to it is starting to come through, and those two top front teeth are seriously right there! 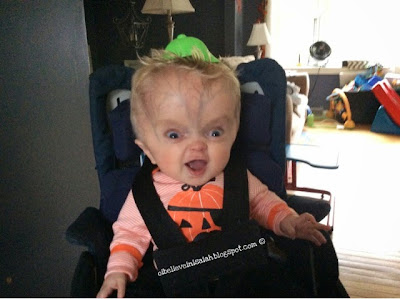 Mama, is that a Mr. Potato Head hat on my head?

But the most exciting thing? HE'S GAINING HEAD CONTROL!  Not just that, but he's pulling forward when sitting up and playing! And he's sitting up with such strength, I mean, he can sit on his couch now...sort of! (We have to be there hovering, ready to catch him if he reaches too far for something...but he can sit for over 2 minutes without falling and that is huge!) 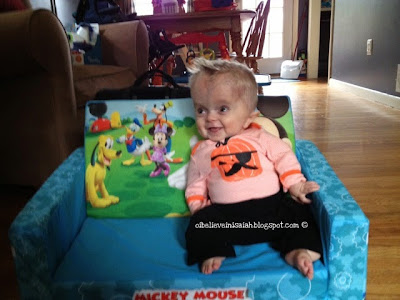 Whaaaaaaaaaaaaa?  Just like that!  I'm hoping to talk with his doctor at his next Pam treatment about lifting some of the restrictions he has for sitting up. (He's not supposed to be in a seat with more than a seventy degree angle...and if he is, it should be for short bursts and based on his cues only, if he is tired or fussing, we aren't to sit him up.)

He did have his first confirmed break at home, but it didn't slow him down.  It's almost like it helped him focus on picking up that head whenever we're holding him.  It's truly amazing. 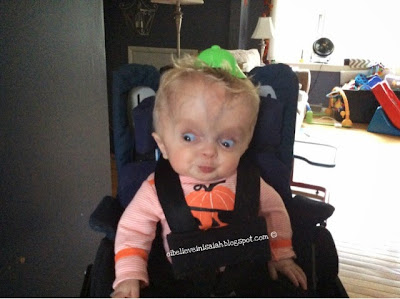 He's still wearing size 3-6 months clothes and is hovering in weight between 14.5 to 15 pounds...but even if he hasn't grown in size, he's grown in spirit, in mentality, in age...he's developed so much, and we're very proud of him. 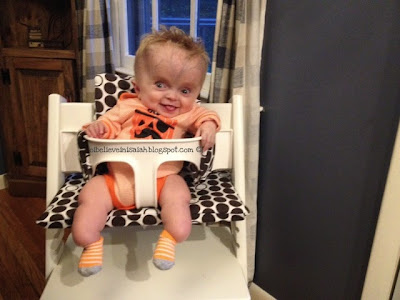