Back to Our Normal

Isaiah was scheduled to have water therapy on Friday.  I was unsure if I should take him or not, given his arm was still splinted from a fracture that happened only 10 days before, but after asking other OI parents, the majority agreed to take him.  He had been off of all pain medicine for 2 days...and he was moving that little hand like crazy.

I decided taking Isaiah was best for him, if for no other reason then to again remind him that life goes on when he has a fracture, but I'd be sure to keep the splint on his arm since it was all able to get wet.

We got ready to get in the pool... 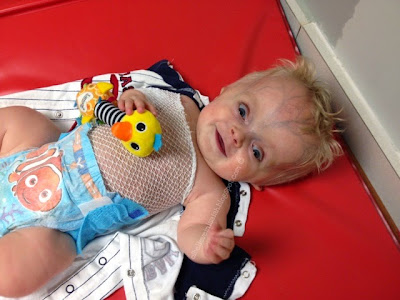 and it went better than great!

As soon as Isaiah was in the water, he was splashing and kicking, he was laughing and loving every second.  We practiced sitting up, reaching, and kicking.  You could tell he was thrilled.

Once we were done, I unwrapped his arm.  I didn't want to leave a wet wrap on his skin, even for only 20 minutes (it was only 59 degrees out).  He was hesitant to move it, but I could tell he was happy it was free.  I very carefully got him in his car seat, strapped him in, and we made our way home.  There, I had the tub set up and ready to wash off the chlorine and give him his first real bath in over a week (I had been giving sponge baths).

That's where he loosened up. 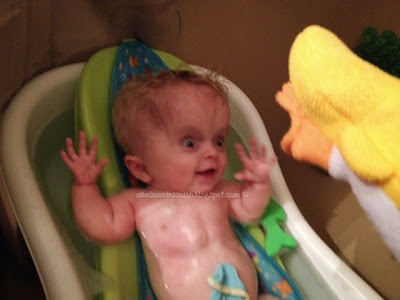 This looks like jazz hands, but it's more excitement/surprise at his new ducky washcloth (Thanks Heslin Clan!!). 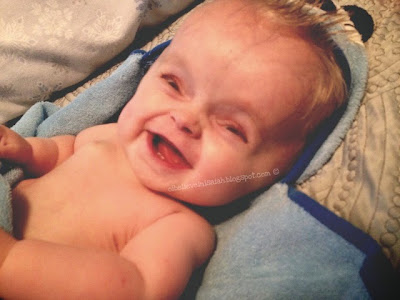 To say he was thrilled after his bath would be an understatement.  He was also exhausted since he was past due for a nap, so I may even describe him as delirious in the above picture...but he was just sooo happy to have his arm back.  He kept looking at it like "woah!" 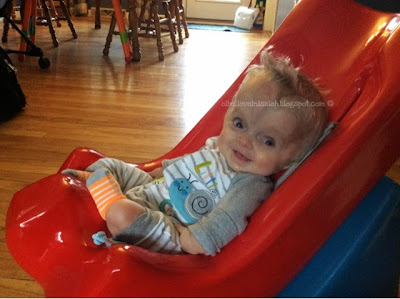 It's taken some reminding that he has that arm, but he was back to using it almost full time on his 14 month birthday (less than 24 hours after setting it free)...did you notice that his arm was free in those pictures? :)

We are still being cautious, just in case.  We have a follow up appointment scheduled for next week with his ortho to check it out, and hopefully he'll give up the "all is good".

<3
Posted by OIbelieveinIsaiah at 7:21 AM