This weekend we spent a lot of time trying to recover.  There have been some heart-in-my-throat moments as Isaiah coughed and sneezed...worrying about the possibility that he would break a rib or worse just dealing with this virus....we brought him to his pediatrician on Saturday morning just to verify that it continues to stay clear of his lungs.  It does. :)  Hopefully, as the days go on, we'll see some improvement.

In the meantime, we took advantage of a good afternoon on Saturday and carved some pumpkins. :)

Isaiah was skeptical of the whole thing from the beginning. 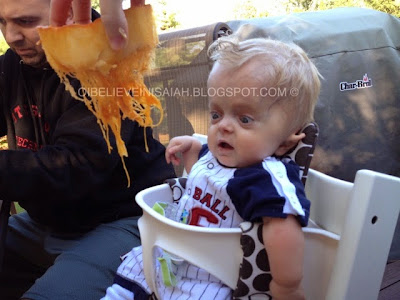 The exciting part of this activity was that it was not only Isaiah's first time experiencing it, but also Dave's! (So they were able to be grossed out together.) 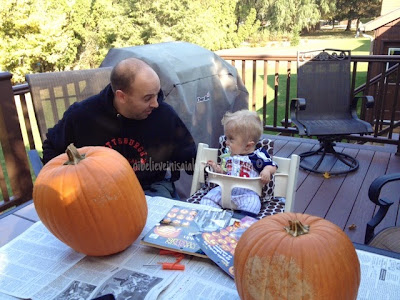 I had some teaching to do. :)  For the most part, I had two willing students. 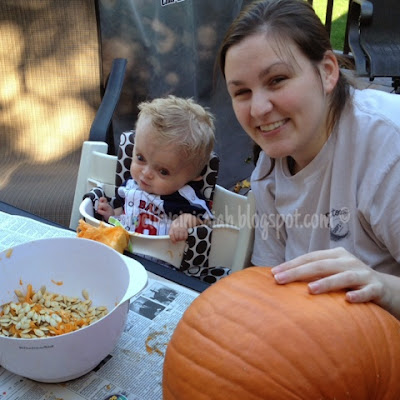 Until the real guts were introduced (see below).  All the gutting happened out on the deck, and it honestly terrified Isaiah so Dave brought him in to relax on the floor while I finished the dirty job. 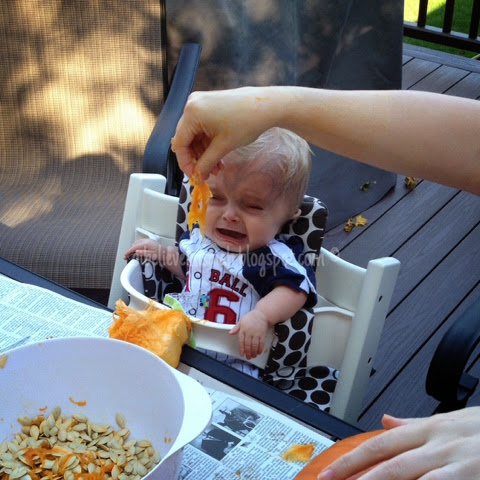 Once they were gutted I moved the pumpkins in to the house and we got to carving. 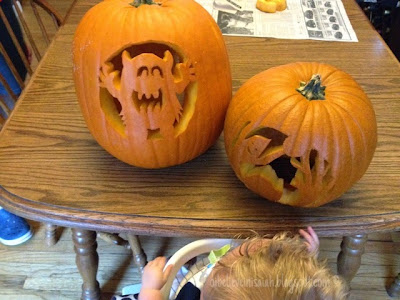 Not too shabby, eh?  I carved the pumpkin on the left and Dave carved the one on the right.  (We have a small pumpkin to paint with Isaiah but that activity hasn't occurred yet.)

Isaiah was very intrigued and studied our work.  The student definitely became the teacher. 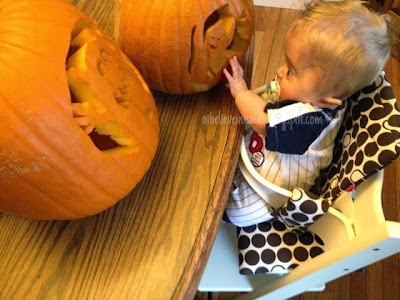 I think we passed? 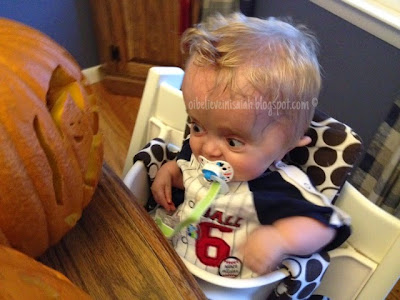