On Friday, after Isaiah's pre-op appointment and lunch, we made our way to radiology. 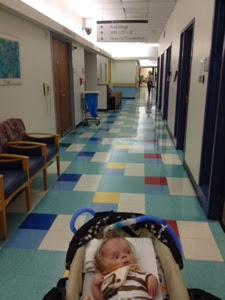 I had his meals scheduled perfectly for the day.  This kid is like a clock in the morning/early afternoon, he eats every 3 hours and I had his next meal set up to happen right at the time of his appointment.  We wanted him hungry because he had to eat barium (which is apparently a very chalky substance) so it would show up on the x-ray video.

Of course, we ended up waiting and waiting for the appointment.  Isn't that the way it always works out?  Once we finally got in to the x-ray room, everything had to be set up.  The tech prepped our bottles, two with barium substances of different thickness (mixed with a small amount of formula) and 1 exclusively with Isaiah's formula.  She also set up some oatmeal.

It turned out that Isaiah had to sit up for the test, which didn't work for me as he's never sat straight up before and it's not yet time for it (who wants to give this kid compression fractures?).  Plus, the baby chair was like a Bumbo at the leg area, there was NO way it was safe for his little leggies.  The tech was sweet and went and got a toddler chair for us.  We padded the daylights out of it with towels and sat him down.  This process made Isaiah have to wait even longer to eat (aka angry baby alert).

A doctor had to come in to help with the procedure as the tech was pregnant, and she caused me a bit of stress about his positioning (she obviously had a schedule to keep).  She kept trying to move him and I'd literally swat her hand away because my direction was that I'd position him and I'd feed him; I felt like she wasn't listening to me say he has OI (maybe she didn't know what that is), and I was not going to let him break from this test.  My stress caused Isaiah to stress, him to cry, me to cry, and it was ugly...but once he got that bottle of barium to his mouth, he guzzled.  He took to each bottle and even did a great job swallowing some oatmeal!

He swallowed 19 times.  Out of those 19, he had "some penetration" 4 times, and they happened when he'd pool the drink in his mouth.  This only occurred when he was crying/about to fall asleep, and only with the thinnest liquids.  Once the test was over, they took a few minutes to put together the results (while I gave Isaiah a real meal), and shared them with us.

Although he had some penetrations, he didn't aspirate at all (which means nothing got into his lungs).
They officially cleared him for all types of foods and liquids...and they gave some suggestions.  When babies drink from a bottle, they should "suck, swallow, breathe".  During the test, Isaiah was fatigued and starved,  and during some of it he would suck suck suck, swallow, and breathe. To help alleviate any issues, we were suggested to count his sucks and pull the bottle to force him to swallow and breath.

Reality is, he's rarely fatigued and starved like he was during this, they know that, and they know it was all environment-induced (says so in the report!).  At the end of the day, he PASSED! 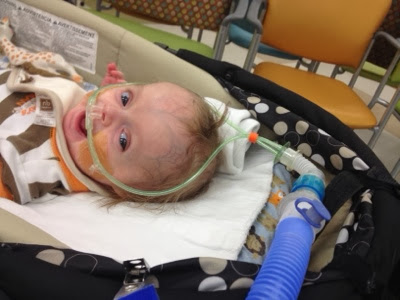 Yay! Bring on the peas!  Let's go to Target and get em!

I realized during the test, that we've never put a spoon in his mouth before that first spoonful of oatmeal. (hey new moms, stick a spoon near in your babe's mouth every once in a while to prepare him/her for solids, ok?  It'll be less traumatizing!)  To prep him for this eating at home, I dipped a spoon in Isaiah's formula for a few meals on Saturday morning.  He was all over it. 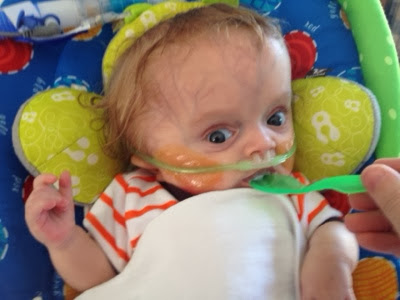 By his 3rd spoonful in his mouth, he was treating that spoon like you or I would. (That's our fast learner!)  We were excited so off to Target we went! 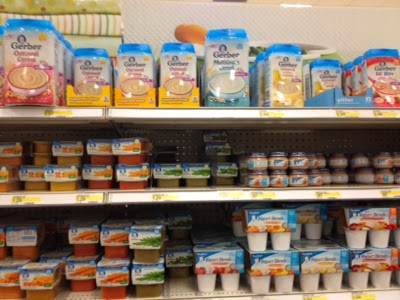 Since Target was local, we brought Isaiah there in his car seat.  Everything was good until he got some sun in his eyes in the transition from the car to his stroller.  This caused us to have "that baby" in Target. (Sorry fellow shoppers and Target employees!) 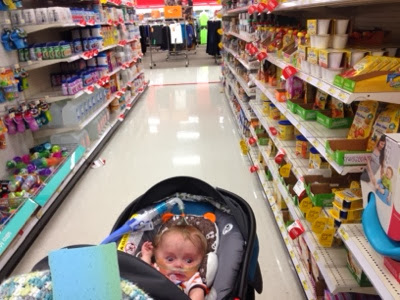 It didn't stop.  To the point that I ended up pulling him out of the seat and carrying him around while the machines beeped because he wasn't hooked up.  (Screaming baby + Beeping machines = traumatized Martins)

We charged on and grabbed a few choices and got to check out. 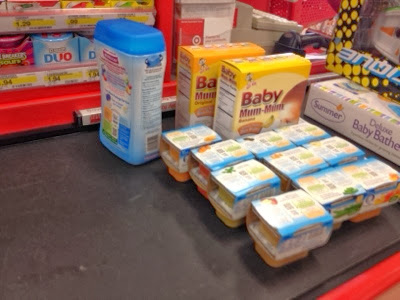 Isaiah actually calmed down for a minute so I got him back in his seat. 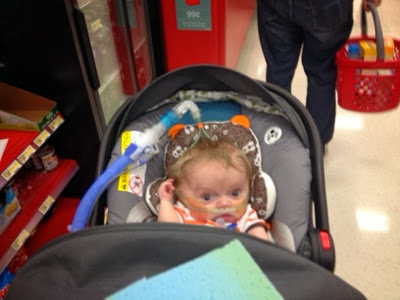 Literally, it was one minute.  He started up again so I brought him to the front by the door while Dave checked out.  I held him again and settled him down and then got him back in his seat.

Once we were back in the car and moving, he passed out. 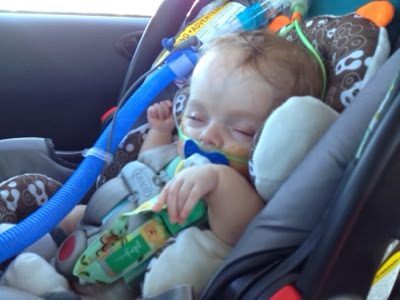 He slept a bit when we got home, and then it was time for lunch! 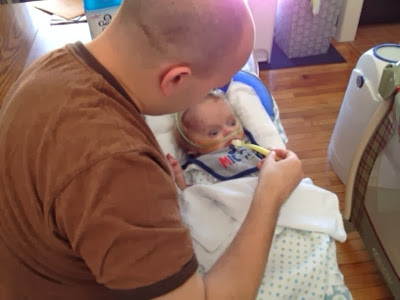 He loved the oatmeal; he was very intrigued by it's taste and texture.  He ate quite a bit of it!  His first few bites were from 4 tablespoons of formula with a tablespoon of oatmeal, but since he had some spoon practice, we quickly added more oatmeal and he enjoyed some thicker oatmeal goodness. 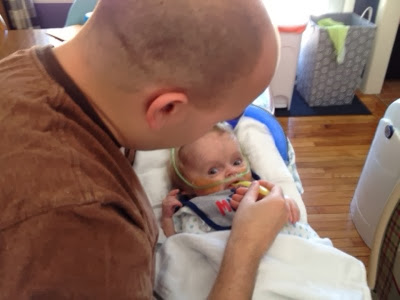 He's had it once more since then, but now we're giving him a few days.  He's been having some bowel issues (we were warned this would happen thanks to the barium) so we want that to get back to normal before trying again (as we know solids will change things up for him in that department)- it most likely won't happen until after his surgery.

The rest of the weekend has had it's ups and downs; we're suspicious he has a break somewhere on his left side.  He's been medicated for comfort but we can't pinpoint if it's his leg or arm (or both), or if it's all just residual self-splinting from his belly hurting so much.  Sometimes he doesn't move those limbs, sometimes he shakes them like crazy while laughing.  He screams his face off one minute, then he smiles and laughs the next.  It's all very confusing. 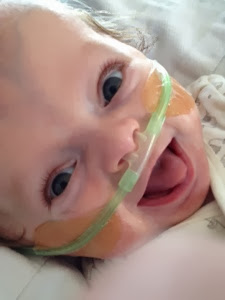 Luckily, we're going to DuPont today to see his pulmonologist so we're hoping to stop in the cast room or ER and see if they can help us.  Obviously, we'll keep you updated.  Please do send some prayers up for Isaiah.  It's so scary and sad to be unsure if he is in pain, and we long for him to feel good again.

<3
Posted by OIbelieveinIsaiah at 9:12 AM