Earlier this week, Isaiah and I hit up a local wheelchair accessible playground, Daniel's Den. We've been there once before with his daddy, when his wheelchair first arrived. They have it kind of separated where you can go into the "Tot Lot" or the lot for "School Age kids".  Most kids love to play in the School age area, which left us to roam the Tot Lot on our own. 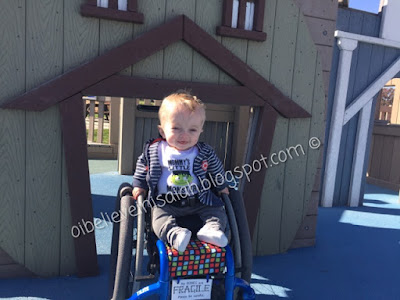 He had lots of fun in the forts, and I realized he's definitely sitting taller now because I had to angle his head to get through some of the kid doorways (he didn't comprehend that he was too tall and lightly bonked himself a few times- I was holding onto his chair so he didn't slam his head but honestly I wanted him to realize he was too tall so he could adjust himself). 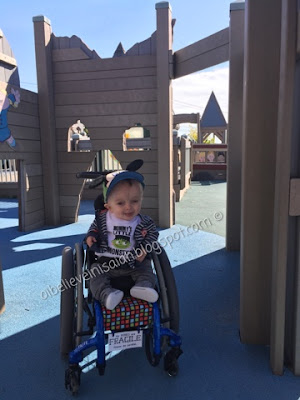 We had fun sliding through tubes and tunnels.... 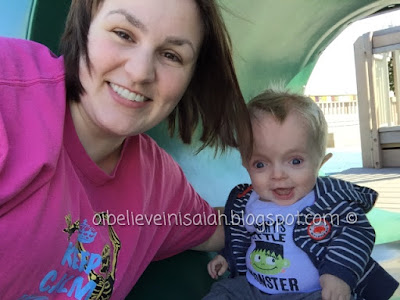 And one of the big moments of the day: Isaiah rode his first playground swing! 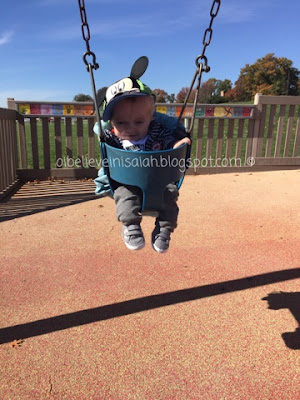 I just decided it was time....of course, I didn't think about how to pull him out until he was in there.


After a successful time in the swing (where I was able to get him out without an issue! Take that OI!), we decided to go for another park staple: the slide!  He saw it and pointed excitedly "slide! slide!" 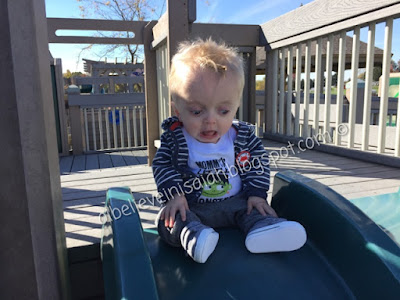 LOL don't worry, he didn't slide down sitting up...not ready for that one quite yet.  I laid him back to slide down in my hands. :) 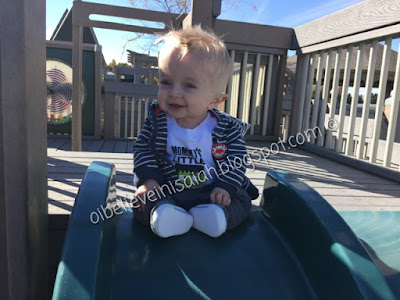 To say our trip together was successful feels like an understatement.  We had a great time playing and plan to go back for PT soon! :)

Isn't that just awesome?!  Kid is making leaps and bounds in his speech everything lately!
Posted by OIbelieveinIsaiah at 7:00 AM