When Will It Get Easier?

Ugh.  I swear I ask myself this question multiple times a day.  Every Day.  I don't know why I do it, I know the answer.

It will but it won't.  There will always be challenges.  There's always challenges with any child, whether they have OI or not.

Sometimes I need to stop, take a breath, and realize.

Just 4 months ago Isaiah was on a constant c-pap.  He lived in the living room unless I wanted to roll every machine and cord down the hallway and into his room.  We didn't have an option of where to cuddle with Isaiah; the c-pap cord only went so far.  There were two seats to choose from, the chair by the window or the end of the couch. 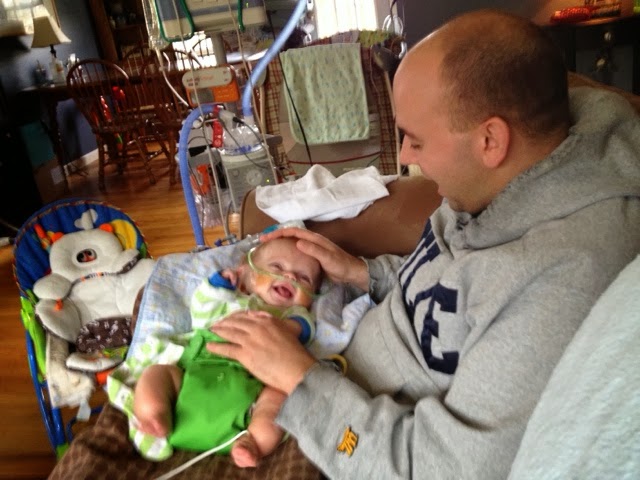 When someone was cuddling with Isaiah and they wanted to give someone else some time with him, there was a whole shuffle.  Hand him off, don't get caught on his cords, stand up, move out of the way, next person take their place, have Isaiah handed to them , adjust the cords and tubes, relax.

Isaiah is only on his machines at night now.  We don't even bring them with us when we travel on an errand or a day trip anymore!

Sometimes I take our freedom for granted.  Sometimes I almost forget that was our reality just a few short months ago.

Sometimes I forget about the car bed and all the transferring we used to do to get Isaiah into and out of the car.  Put him in the bassinet, get the travel C-PAP connected to him and on your shoulder, carry both the bassinet and the C-PAP out to the car, get the C-PAP in the car, get Isaiah into his car bed, breathe (you're late! That process took forever. DRIVE! -but not too fast, there's a fragile baby in the car!). 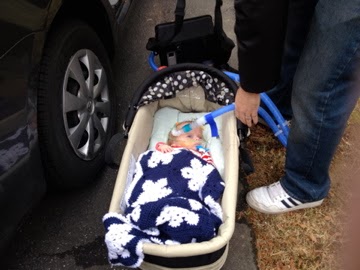 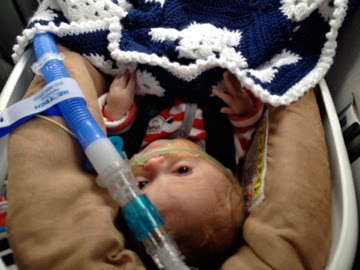 It's all a memory now. A closed chapter in our book. 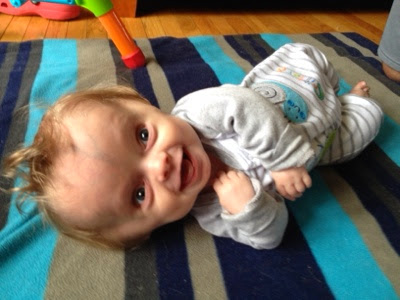 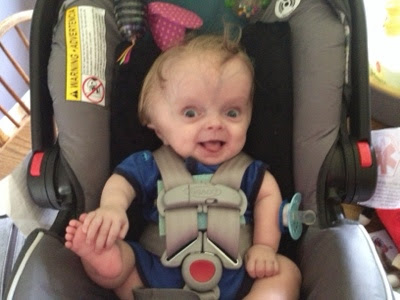 Sometimes I'm bummed Isaiah is still on the C-PAP at night.  Sometimes I'm mad at myself that we still even have the mattresses in the house.  But then I think of how far we've come.  Isaiah can hang out in any room in the house without any preplanning or thought.  We want to hang out in the family room in the lower level? Pick him up and go!  Time for a nap? No need to roll that whole C-PAP contraption from the living room to his bedroom, just pick him up and take him.

But then there's the OI aspect.  Will it ever get easier? Sort of, we'll learn how to splint, medicate, and cuddle.

At some point he will be talking.  He will be able to communicate.  Right now, his only means of communicating that something is wrong is by crying.

This morning he was having a great time playing on the floor.  He was playing, rolling around, looking back to the hallway when he heard me yelling at Carl.

And then he sneezed.

Now we're asking ourselves:
Did he break a rib?
Did he maybe hit his upper gums with that sharp tooth on the bottom?
Does his belly hurt?
Are we missing something? Is he moving all of his limbs? Was he moving them all before he sneezed?

2 hours of crying hysterically on and off.
It all started with a sneeze. A sneeze. 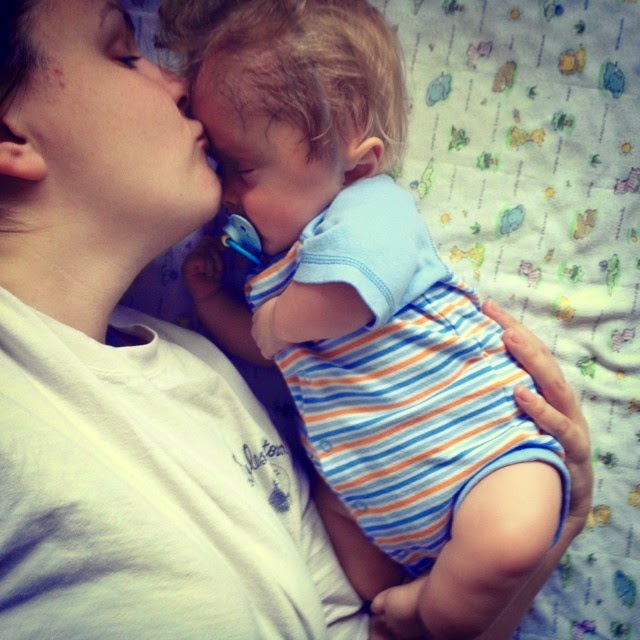 Like any parent of any baby, there's questions, unknowns.  But these questions and unknowns are so scary.  I know the pain of a broken bone; I've broken a few in my years.  I'd hate to think of the pain he is suffering if we're missing something.  I only gave him Tylenol, what if he does have a break and he's suffering still?  Tylenol won't do a thing for a broken bone.  What if? What if? What if?!?

This will get easier.

It has to.
Posted by OIbelieveinIsaiah at 9:47 AM