Just a quick update as I know Isaiah has many friends and family members concerned for him.

He's still been having a difficult time breathing and with his co2 level. We had a sleepover in his room but neither of us got more than about 2 hours of sleep. He was very unhappy and having so much trouble breathing.  This morning I may have used the stethoscope to listen and could hear an almost crunching sound in his lower lungs. The nurses confirmed they heard it as well and believe it was the fluid.

So they have given him another dose of the diuretic. He's also getting the steroid intravenously so it makes a bigger impact.

He deSated again this morning. When they tested his blood, his co2 level was a scary 98.  Because of this, he was switched from the nasal canula to the cpap mask. (Warning: this isn't pretty.) 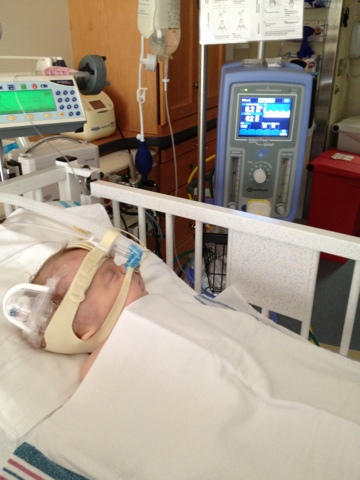 It's definitely hard to look at but it's helping. At one point today the nurse practitioner was talking ventilator but Isaiah finally stopped fighting the help they were giving him with this mask and amazingly his co2 levels are dropping!!

Not only are his co2 levels at a much better rate (56!!!) but they just took an X-ray; I snuck a peek and his lungs look SO MUCH BETTER!! You could see the air in them! 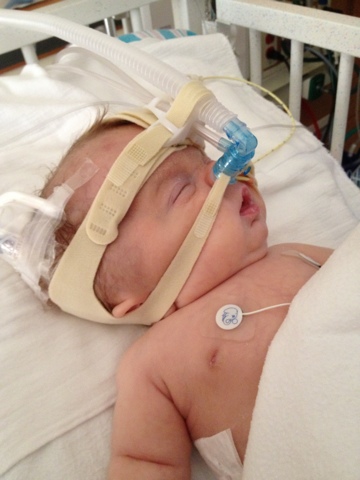 Thank you so much for the prayers and love...it's working; please keep going!!!

Posted by OIbelieveinIsaiah at 3:02 PM