Yesterday Isaiah and I had some time to kill and I wasn't sure what to do with him.  I casually asked my friend through text and she suggested some water play.  I've been wanting to introduce that into Isaiah's life (outside of pools and the bathtub) so we have a way to be outside in the heat this summer.

It was only sixty-some degrees but hey, why not? 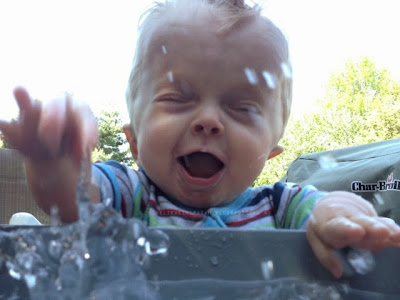 I had to post my favorite picture first.  Seriously, look at that face!

I set up a bucket out on the deck and brought out some of Isaiah's water toys.  I originally tried the bucket on the table but it was just too tall...I pulled out a tv tray table and that was a little lower. 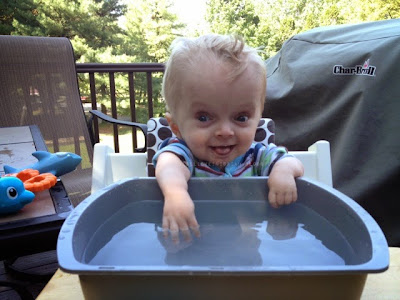 Next time I want to try something else so that the bucket is a little lower but I have to get creative; this was just a test run for summer anyway. ;-) 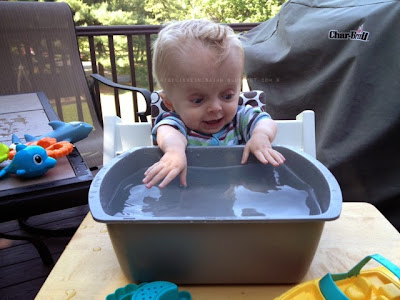 It's safe to say he loves it. 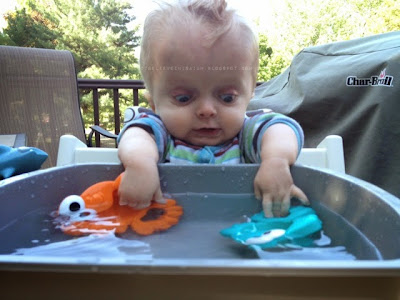 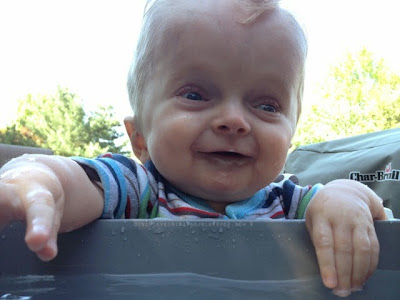 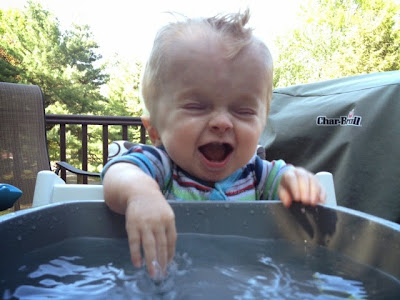 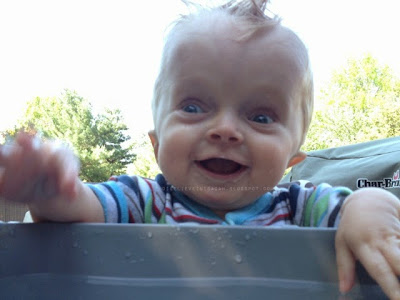 We've had a busy week.  On Wednesday, we had a crew out to our house from an ad agency based out of Orlando, FL.  They took pictures and film of us around the house that will be used for advertisements around and for AI duPont.  I plan to post more about it at some point, but I am hoping to share a shot or two from the day if they give permission.

Also, our PT session this week involved our friend from the wheelchair company.  Together, we filled out what they call a "spec sheet" for Isaiah's first official wheelchair.  It was a tad overwhelming and very much like picking your next car.  So many choices for each detail...that's another post for the future.  I have a few more decisions to make, Isaiah's PT needs to write the letter for the insurance, and we need approval from a doctor and then it's a go!

Ahhh! My baby big boy will be independent outside the house!  woot woot!
Posted by OIbelieveinIsaiah at 7:00 AM