Isaiah turned 21 months this past Monday...most normal people would call that "one" or "almost two". ;-)

You can see how thrilled he was about our picture session. 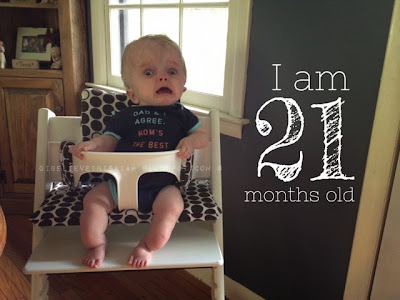 I believe he's thinking "Mom, I'm over a year old; stop with these monthly updates already!"

I was in a cleaning tizzy, the curtains were in the washer, and he literally kept looking at the window like "WHERE ARE THOSE HANGY BLANKETS? WAAAH"

Maybe he's just gearing up for being a two year old (FYI, that's 3 months away.  The countdown is ON. haha). Terrible Twos have come early.

I had taken him to get a hair cut (it was beyond our normal DIY cut; we have some things coming up that I wanted to be sure I didn't wreck his hair his hair looked good and Angie at Tangled Manes does a great job. 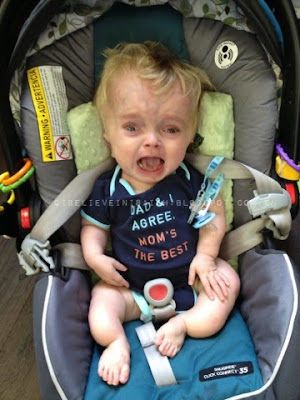 #keepingitreal.  Getting your haircut is an emotional experience, guys.

This was our third time getting Isaiah's hair cut professionally, but his first time there sitting up like a big boy, because he can do that ya know. ;-) I had brought our Boppy chair with me and it worked rather well.  He'd purposely throw his head around, given how he reacts to hair cuts like he does to doctor appointments...so I was there to grab his head or balance it because I wasn't in the mood for a broken neck. 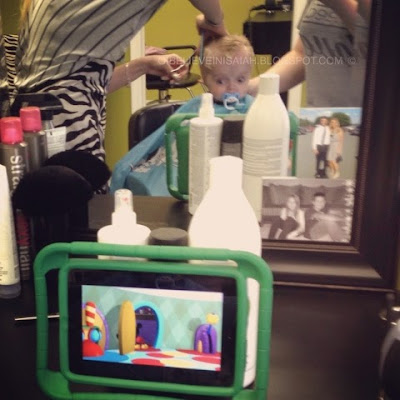 I forgot a 20 month update (oh, the horror!) last month thanks to his surgery, so things are a little muddled together in my head.

Isaiah's hanging out at his usually 15.5 lbs but comically was measured at 22" long...that's 3" less than last measurement.  It's hard to get it right sometimes, especially when he's hating being at the doctor, but this one was just comical. ;-)

This month, Isaiah started picking his head up during tummy time! (!!!!!!!!!)  We started doing tummy time on an exercise ball and he's really taken to it as compared to on the floor. 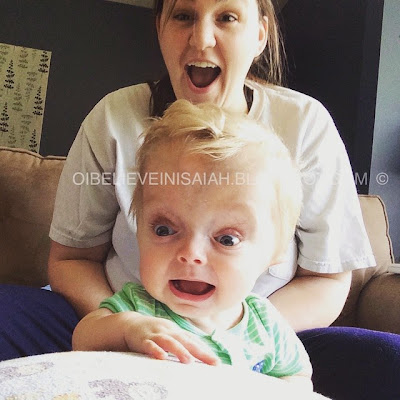 He's also started drinking from a straw (WHOOP WHOOP! FINALLY!) AAAANNND (drumroll please) he's starting to finger-feed himself!  This is huge.  He'd previously been eating like a king 24/7, and I was his servant, placing his food on a fork for him to pick up and eat (because if you put any food in front of him, he'd throw 100% of it all over and eat 0% unless it was on a fork/spoon). 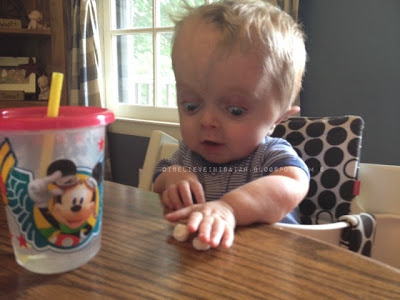 He started Speech Therapy right before his shunt surgery, and his ST has been great in providing us with all kind of resources.  He's back to learning sign language and has been signing hi/bye, all done, ball, and more....while saying each of those words.

He's added so many words to his vocabulary....bird, paci (short for pacifier), airport, airplane, tractor!, crazy (haha), open, closed, on, off, Kristy (his PT), Gavin (his BFF), blue, bucket, butt, poop (I wish I was kidding about those last two). Plus he's now saying the letter H thanks to one of his favorite toys...a V-tech helicopter....the crazy thing is that I know there are more words, I'm just blanking right now. 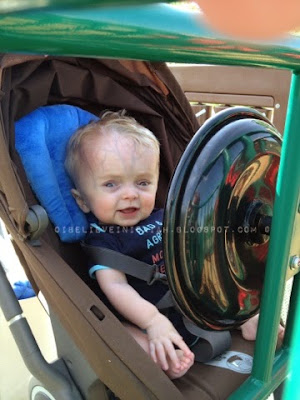