Isaiah has been making leaps and bounds recently in terms of movement and trusting himself. 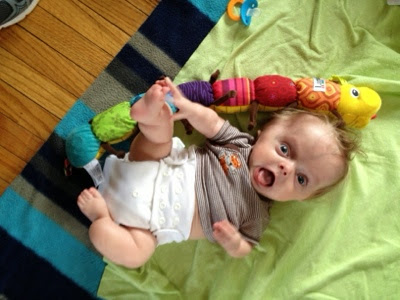 In the past, it almost seemed like he was constantly protecting his limbs, which made it hard to relax and play.  After the last pam treatment and his newfound freedom from tubes though, he's a new baby. 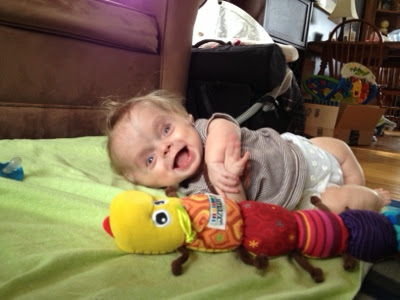 He actually finds it all fun now and works very hard to get to toys that are at his side.

Just the other day, Isaiah was playing on his back.  He's on his reflux incline which does help him move around more freely, which was evident in the way he'd thrust his shoulder over so he could get to his inch worm.  For the first time, along with his shoulder, came his hip (all by himself, aka zero assistance/push from anyone)!  He was perched on his side for a moment and then his leg moved. forward and he started supporting/balancing himself. 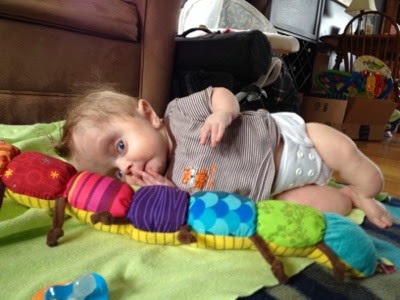 This is when I may have started to hyperventilate a bit.  I was worried he'd squish/fracture his either/both of limbs on his right side and I was concerned he'd fracture that left leg since he was using it to push off and balance....and as much as I wanted to stop him, I wanted this for him even more.  He was exploring his world by himself and he was doing awesome. 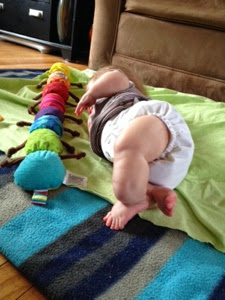 I wish I had hit video instead of taking photos, but here you see him tipping over. 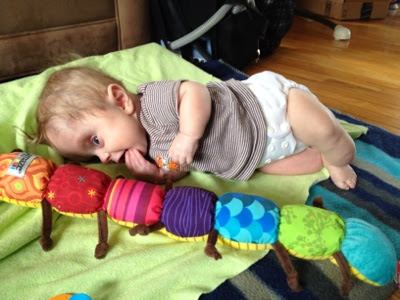 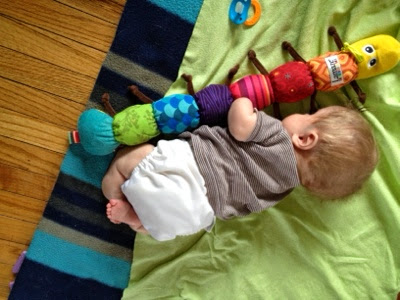 He rolled over onto his tummy!  No pillow for support like we normally use.  (Panic may have set into my brain- if he can't roll himself over, how do I flip him over?? 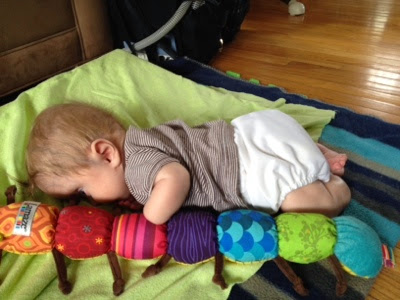 He didn't care, he finally got to his prize, his wormy friend! Go, Superbaby, go!!

In all honesty, I was totally freaking out in my head, but I was cheering him on out loud.  After no more than a minute, I put my hand on his hip/diaper and pushed him back over.  No breaks!  I moved his worm friend next to him and they cuddled and giggled together. 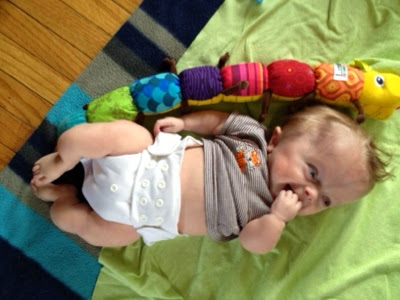 Ok, Isaiah did all the giggling, but holy cow our baby rolled over!  He hasn't done it since, and who knows when he'll do it again, but he did it!  He had physical therapy yesterday and his PT was thrilled with everything.  He showed her how he can roll onto his side and she warned me to be sure that I am monitoring him whenever he's in a position that's not safe for all this movement (like in one of his chairs or on the couch); she also thinks he'll be moving all around in his sleep soon. I better clear everything out of the crib! ;)

<3
Posted by OIbelieveinIsaiah at 6:30 AM