Isaiah had his first water therapy session this past Friday.  I may have lost sleep for days beforehand worried that he'd hate it, or worse, that he'd have trouble with his breathing (Dr. B. mentioned to be careful as the water does put some pressure on the ribs.) and that I'd have to hook him back on the machines.

But he LOVED it.  And when I say that, I really really mean it. 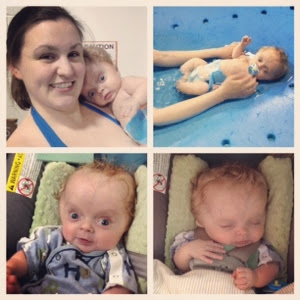 His PT is the same person that does his PT from Early Intervention so he was very familiar with those involved.  She comes from Schreiber Pediatric Center and I've always heard such great things from them and was so thrilled when I heard they have a therapy pool.  The water was fabulously warm.  There's a wheelchair ramp that goes slowly into the water.  I walked down it holding Isaiah and he first touched the water with his toes.  I felt him tense so I stopped a moment and then stepped deeper in again and he smiled.  We stood and waded in the pool for a few minutes and then Isaiah's PT pulled out a really cool therapy mat.  She was able to lower his legs in the water and promote his moving his body on his own.  After some time on the mat, I held him in the water in front of me and he literally floated, splashed, and stretched more than I've ever seen him.

Oh, and his breathing was totally beautiful.

I can't wait until Isaiah's next session.  This is going to make him so much stronger.

When his PT was at our house for his Early Intervention session, we talked a lot about how wiggly Isaiah has become. 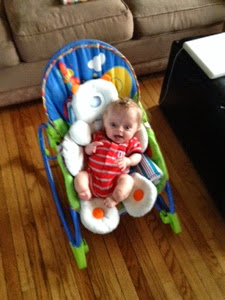 In some instances, like in his chairs, it's honestly dangerous and scares me sometimes...so we spent our most recent session working on how to buckle him in (usually the receiving blankets used as rolls and padding were in the way, and it didn't matter because the kid was basically a statue).

Snuggin Go to the rescue! (Thank you Jolene and Silas!) 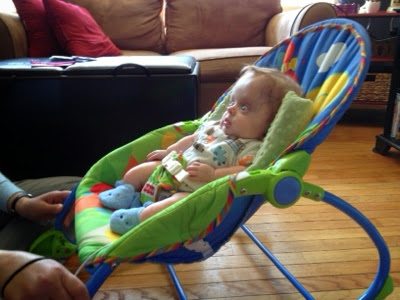 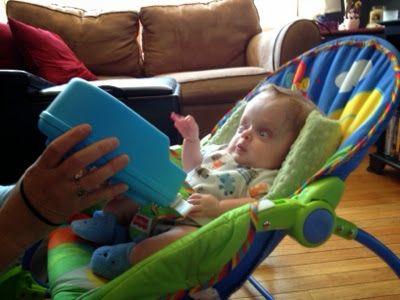 It works perfectly and Isaiah really loves it.

The rest of the session was spent working on Isaiah sitting UP! 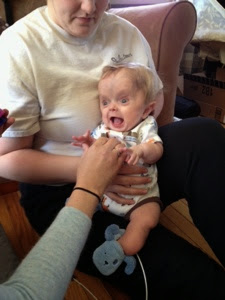 We're practicing this many times a day, every day, hoping this will give him the strength to begin to sit up on his own. 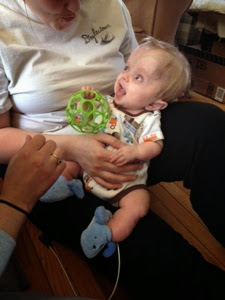 Keep working it, Isaiah. :)
Posted by OIbelieveinIsaiah at 7:00 AM