Remember Isaiah's beginning?  Remember when Isaiah was admitted back into the NICU (precautionary and because they knew him there) for his very first full dose of pamidronate (what many in the OI community call "bone juice") and he went into respiratory failure?  And then things changed.  He had to fight for his life, he was put on new supports...instead of just needing oxygen, he needed extra pressure to help him breathe so he was put on a bi-pap and then a c-pap and he wore that 24/7.  He went home on the c-pap, was diagnosed with severe obstructive sleep apnea...we had night nurses taking care of him, and we had a new normal. 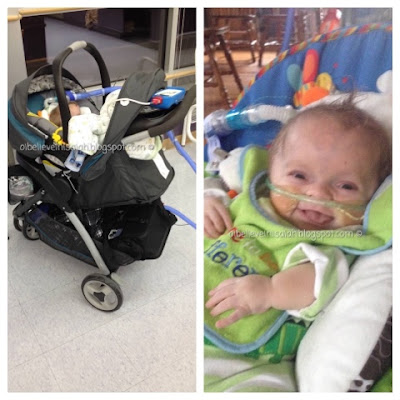 and before we knew it, it was 6 months later, his obstructive sleep apnea was downgraded to moderate, and he was weaning off of that c-pap during the day (including nap time). 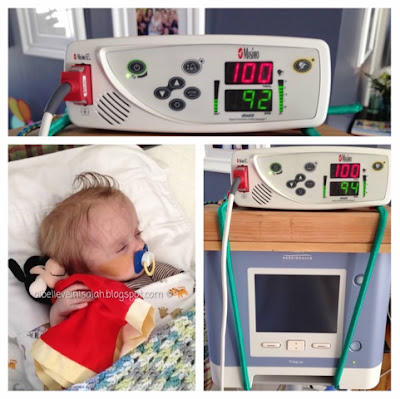 and then we weaned him off of needing to sleep with any supports because his apnea was downgraded again to mild...he just kept getting stronger. We said goodbye to the main c-pap that we had around...and only kept the travel stuff as a precaution (in case he got sick). 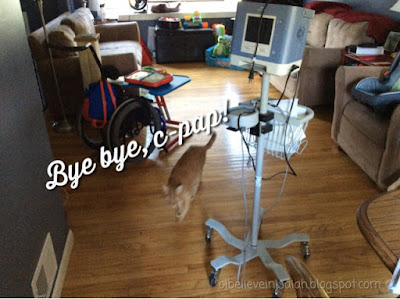 But now?  As I mentioned in my last post, we've gotten the results of his recent sleep study....and his obstructive sleep apnea is gone.  He still has a mild typical issue (that I can't remember the name of right now) but Isaiah's doctor officially discontinued our prescription for the machines and we have newfound closet space (just in time for baby!). 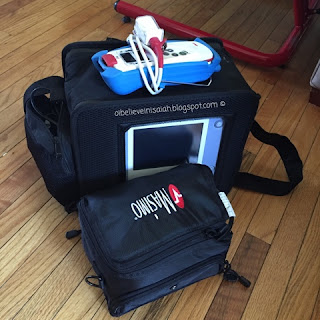 Don't let the door hit you on the way out, Masimo and Trilogy. :-p

I have had a love/hate relationship with these machines.  They were so intimidating; all the beeping, tube switching, new things to learn.  They limited how we moved Isaiah.   Sometimes they held us down, making us feel a bit trapped.

But..They helped us monitor him in ways I never expected to monitor my child...I could get a quick view of his heart rate and know if he was asleep, awake, hurting, etc.  They let us be at home, instead of living in the hospital, while he gained strength.  They helped Isaiah's body breathe efficiently while it got stronger, while he got stronger... 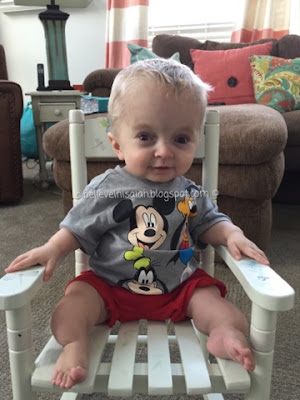 and for that we are eternally grateful. Every second that Isaiah was on those machines was worth it.  They brought us to where he is today.
Posted by OIbelieveinIsaiah at 7:00 AM