Where has this summer gone? Oh I know, to doctor's appointments, therapies, and chasing after Isaiah.

I wanted to share a big detailed post about our Disney trip but time has been flying and my ability to sit down anymore (without falling asleep) is so limited.  I did however wake up at 3 am the other day and couldn't fall back to sleep for the life of me thanks to pregnancy-induced carpel tunnel (I didn't know that was a thing! but now I can tell you it is and it stinks) which enabled me to finish putting together a photo book on Shutterfly (with my left hand because my right is out of commission thanks to the carpel tunnel)...


Click here to view this photo book larger
Photo books are the perfect gift for any occasion.


It was an amazing trip!


Since our trip, we've had a lot going on! Isaiah had another pam treatment (directly after we came home from Disney. not sure what we were thinking scheduling like that!) and sleep study. 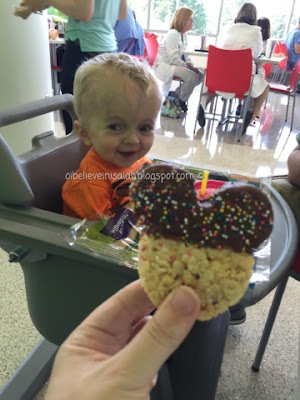 Dave took him to his sleep study which gave me an opportunity to get a good night's sleep over at the Ronald McDonald House.  The study went well...so well that Isaiah's pulmonologist told us that Isaiah no longer has obstructive sleep apnea. WOOOOT! It could definitely reemerge at some point, but for now we celebrate....and call the oxygen company to check if the doctor discontinued our script for everything so they can come take the backup cpap that we've had around "just in case". 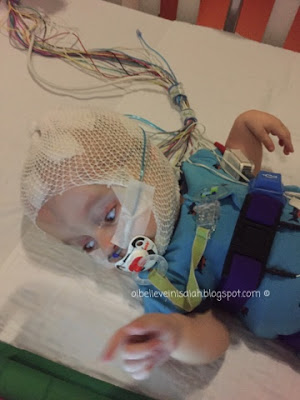 We've spent the summer doing lots of summery things like swimming whenever we can, playing in the water table, and blowing bubbles...but as it's gotten hotter, it's gotten tougher for me to be outside, so we're also getting crafty and finding ways to have fun inside. 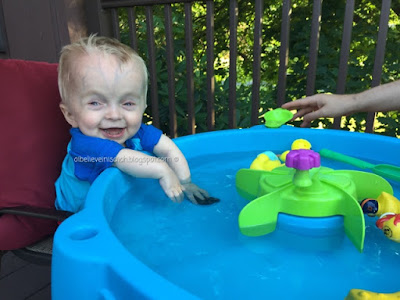 I've also spent a bit of time trying to get Isaiah's gait trainer.  We ordered it two months ago and now finally have an approval from insurance! There was quite a bit of miscommunication that I had to figure out once I had all the information on the company that Isaiah's PT had gotten the ball rolling with...but once I had the information and touched base with Isaiah's doctor, the approval came less than a week later. (If only I hounded two months ago?)

And we've just been getting ready for Isaiah's baby brother to arrive and get Isaiah ready for preschool! Details on that in the near future (I'm attempting to get some posts written over the next few days so I can stop being so neglectful. ;) 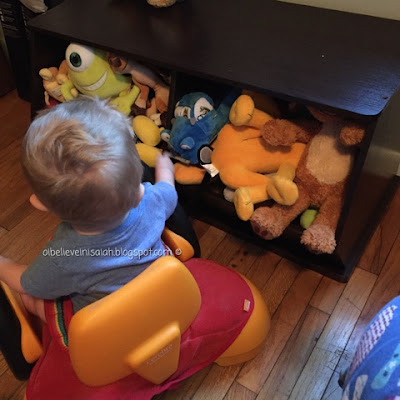