This past Thursday, Isaiah turned THREE YEARS OLD! He sure has come a long way in his three years. 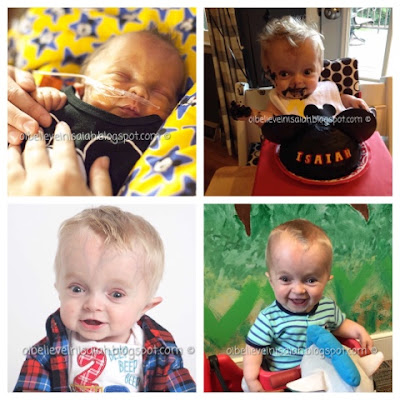 Last weekend, we celebrated his 3rd birthday with some of his aunts, uncles, and his grandparents. 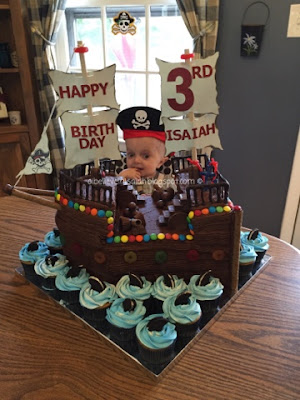 Thanks to Icing Smiles, he had the most amazing cake ever!  To go along with the pirate theme that you may have noticed in his new big boy room (which I wanted to mention- I did add the links to everything I could think of on there), the cake that his baker friend, Rachel, made also had a pirate theme... 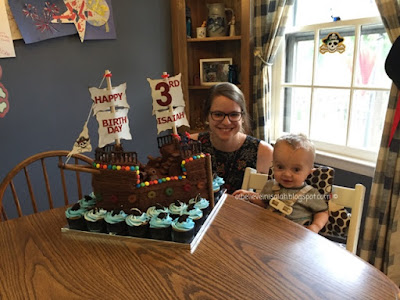 It was so creative, yummy, and huge! I wish I had my phone ready to take video when Rachel brought it in.  His little jaw dropped and his eyes were so huge. 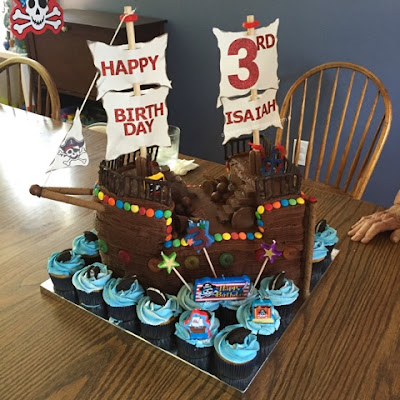 We were really grateful for the awesome cake!  Honestly, I have been having some feelings (I blame the hormones) of guilt that I couldn't throw Isaiah the big party we have thrown the past few years...but being so far toward the end of my pregnancy, and it being such a hot time of year, it would be been too much...especially since we had to leave for Delaware for his next pam treatment the next day.  So I was extra grateful to Rachel and Icing Smiles for making his birthday feel special.

This was the first year that Isaiah was really into opening his presents- like he understood it! He realized that there would be something fun under the paper and it was worth the time to rip at it.

He can't get enough of his pretend food.  (Both of these sets were made by Learning Resources and the quality is fantastic!) 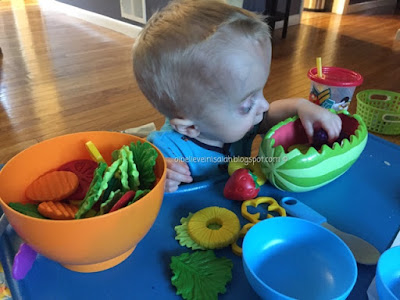 Once Thursday came along, we had just a few more presents for Isaiah to open and he was absolutely thrilled again. 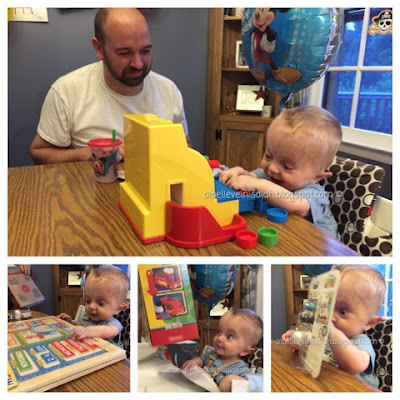 Thanks to everyone for helping us celebrate Isaiah, whether you were here with us or wishing Isaiah a happy birthday from wherever you are, your celebrating with us was felt.  It is so much fun to see Isaiah grow another year older. <3