At the very end of April, I was stalking Facebook (as I do too often nowadays) and came across a post from UD goBabygo that they'd be having a free workshop only an hour away from us....all I had to do was fill out an application to see if Isaiah would be eligible.  I got a call not too long after that he was and that they had a car for him! 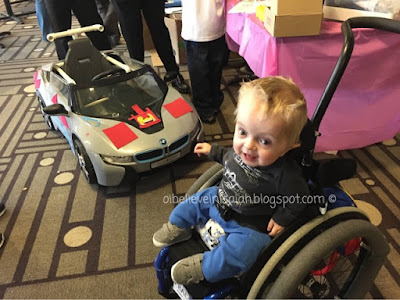 We headed east and spent the day with Isaiah's "pit crew" who helped to make Isaiah's car safe for him.  They added head support, a harness, an easy to push button to make it go, and so much more! 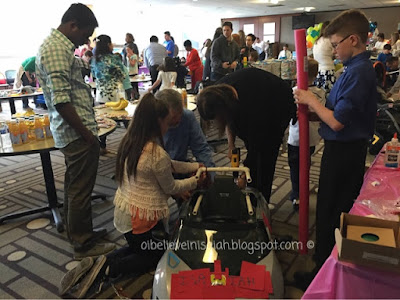 They worked so hard while we hung out! 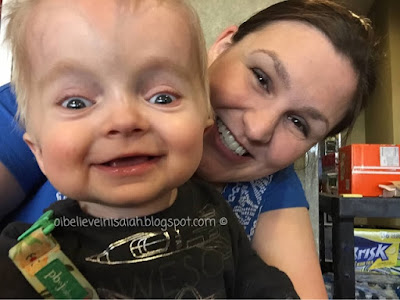 Isaiah's crew did such an amazing job...from the head rest to the decorations!...the sad part is Isaiah has been deathly afraid of it. 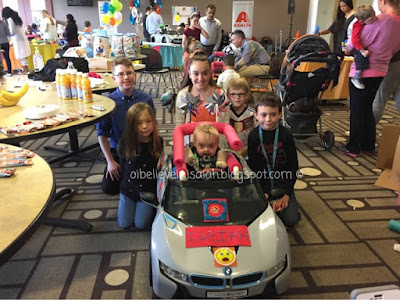 and we were then hit with days upon days of rain which made it tough to go out and try it at home. 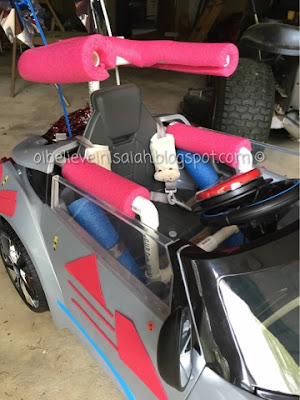 I did have a chance to show it to Isaiah at home on a brief sunny evening....but he just showed his fear again. :(  I thought maybe it was because he was overwhelmed by all the supports? I tried his one support pillow to see if that would make it better for him but.... 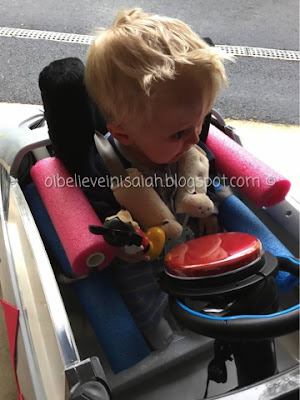 It was a no go.  which is a total bummer because I'd love to see him cruising around in his very own beemer!  For now, I've hidden it out of his sight and am hoping some time away from it and growth will make it more enticing to him.

Besides Isaiah's "drama llama" reaction (as I so lovingly described it when we tried to sit him in the car again), the whole experience was amazing! and it's so cool to give Isaiah some motorized mobility! goBabygo is a fantastic program offering mobility to kids who need it, opening up a whole new world to them. :)

Posted by OIbelieveinIsaiah at 6:00 AM