Last week, we headed down to Delaware for Isaiah's most recent pamidronate treatment.  Once Isaiah turned 2 back in August, we were able to switch to a 10 week schedule (as compared to the 8 week schedule we were on previously). 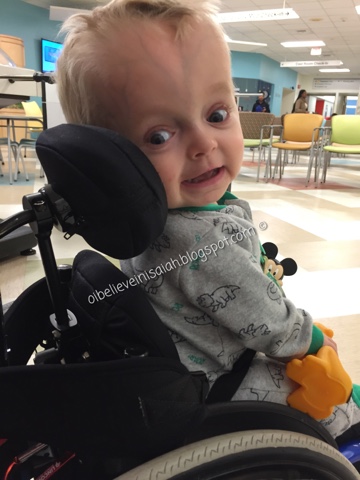 We spent quite a bit of time at the Ronald McDonald House playing as we only had one extra appointment on this trip: a visit to the ENT on Tuesday. 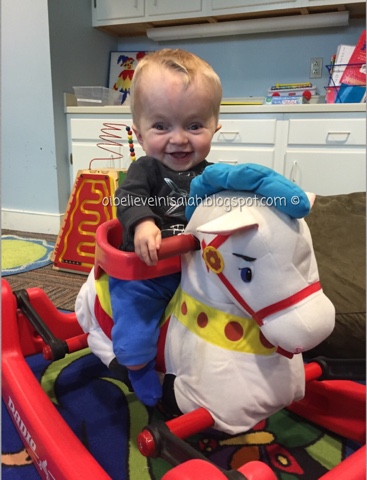 Back in January, Isaiah battled a terrible ear infection in his right ear...this was supposed to be a follow up for that.  That ear looked great this time (yay!)....but his left ear had an issue (BAAAAAH). 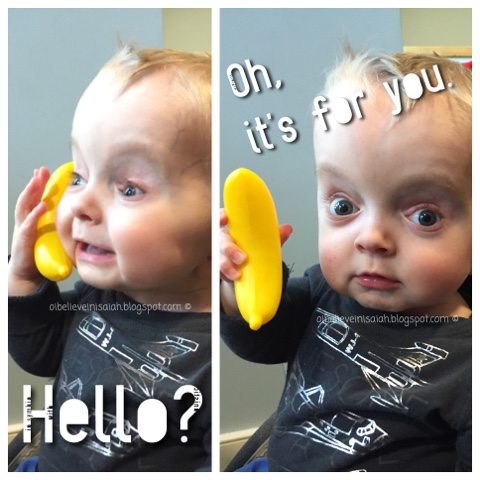 He had tubes surgically placed in his ears when he was 6 months old.  Because of the shape of his ear canals, the tubes don't have a chance to fall out naturally like they do typically.  This isn't totally a problem, except the tube in his left ear is clogged.  We had to add in an extra appointment over at audiology where they did a hearing test.  Isaiah's hearing is in the normal range, but just at the edge of that in the left ear.  After the unexpected hearing test, we headed back to the ENT, where we were told to give drops of hydrogen peroxide in his ear for 2 weeks and then come back for a check of how things are going.  If the tube is still clogged, Isaiah may need surgery to replace the tube(s).  If not, we've bought some more time before needing another surgery....we'll keep you updated on how that check up goes! 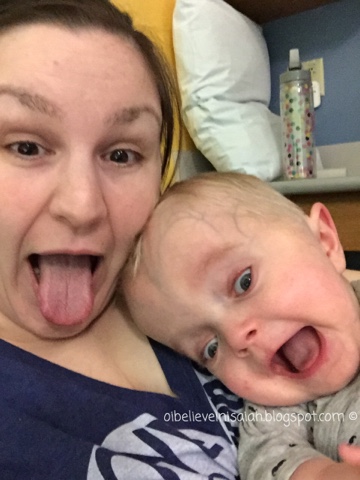 Beyond the ear surprise, the trip was uneventful medically...thank goodness. ;-) We had lots of fun playing solo and playing with Isaiah's buddy Gavin! All that fun makes the trip fly by... 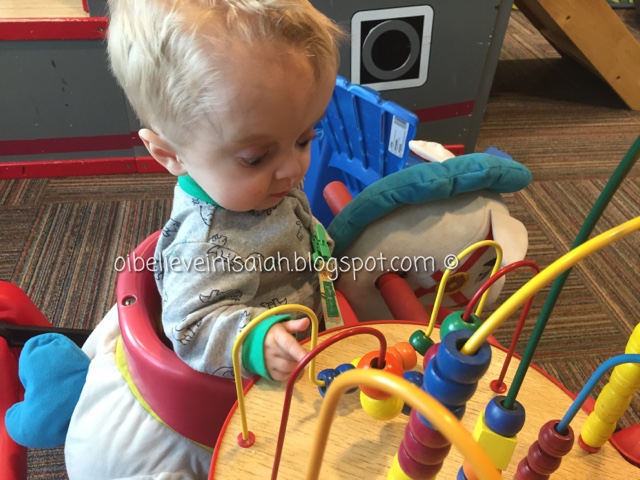 This dose of pamidronate really gave Isaiah a ton of energy.  He typically sleeps his entire ride home, but this trip he was a chatter box.  When we got home, I laid him in his crib for a nap, only to have him yelling "get up!" in minutes....it was a beautiful evening so we ventured outside to enjoy it. 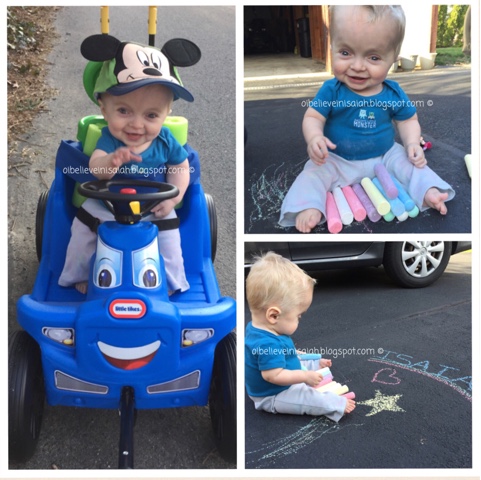 Soon enough we'll be spreading out our breaks between Pam trips as Isaiah is soon THREE! (well not till August but when you're talking in terms of 8/10/12 weeks, that's pretty soon!  We're scheduled to go in 10 weeks again but his next treatment in August just may be in 12 weeks! We'll see though, we have quite a bit happening then (more info on that soon) so it'll depend on that. :)